Kizzy is a 31-year-old ex-riding school pony who has numerous health conditions that affect her diet and management. Kizzy has diastemas and recently had a front tooth removed due to a longitudinal fracture. This means she needs a soaked bucket feed without any short chopped fibre in her ration as this gets stuck between the gaps in her teeth. Kizzy can also suffer periodically from Free Faecal Water which is worse if her hay is course and stalkier. 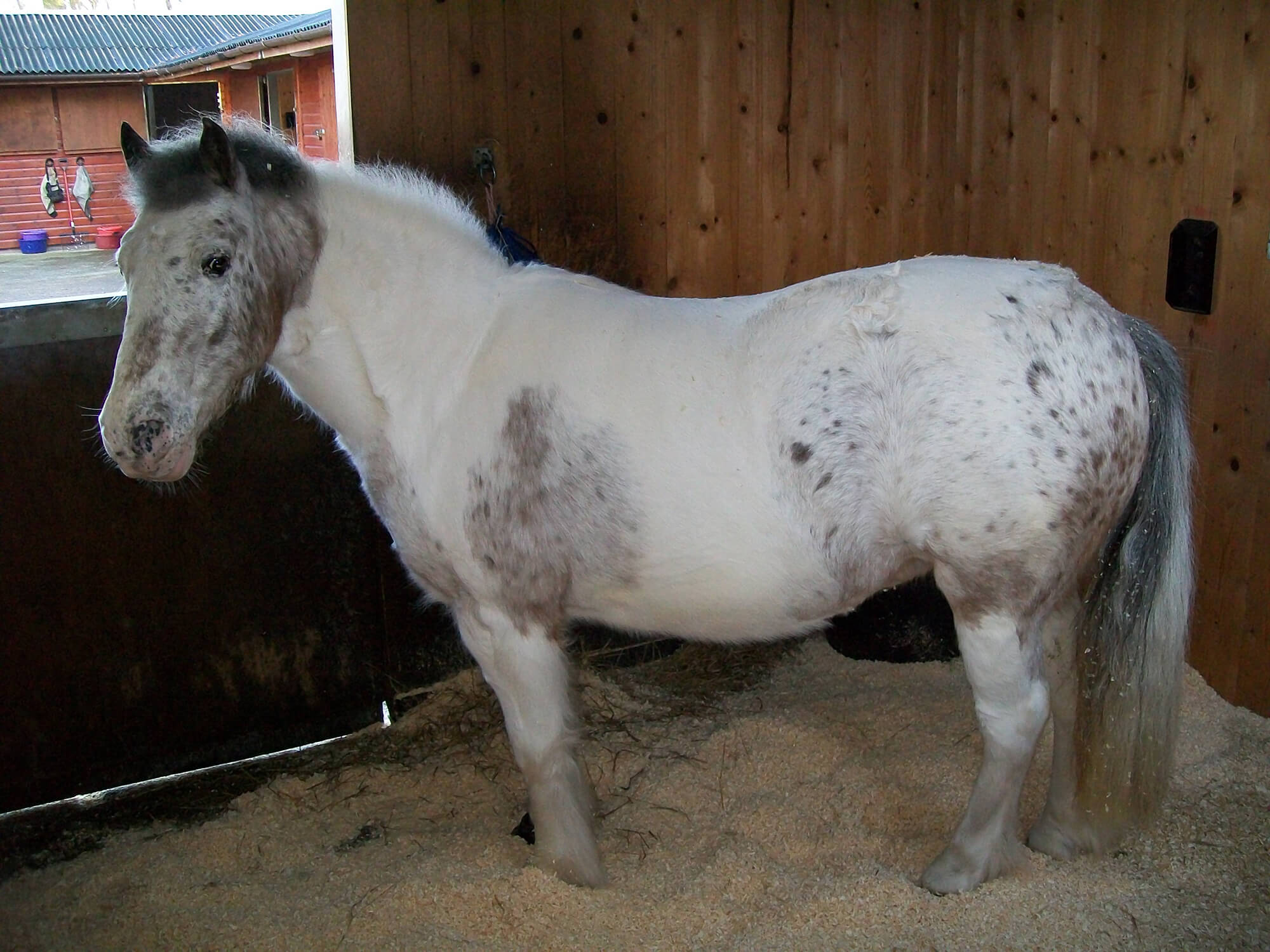 Kizzy was diagnosed with PPID and EMS back in 2010 and has also had bouts of laminitis over the years. She is a good doer so is kept on a very strict calorie-controlled diet that is also low in sugar and starch. When Kizzy was first weighed back in 2010, she was overweight and weighed around 320kg. Kizzy gradually lost the necessary weight due to her strict diet and management and has maintained a healthier body condition weighing in around 260kg for the last couple of years.

Kizzy also has arthritis and cataracts due to her old age but despite her various health conditions, is a very cheery and cheeky little pony with plenty of character!

Kizzy’s owner Tracey works very hard to manage her various health conditions to keep her happy and healthy, it can be difficult dealing with more than one issue at once!

Kizzy doesn’t go out to grass at all anymore but has her own woodchip paddock which she is turned out in during the day with various buckets of soaked hay to encourage her to forage around. She has a bucket feed of Dengie Alfa-Beet with Performance Vits and Mins alongside to provide her with a balanced diet. 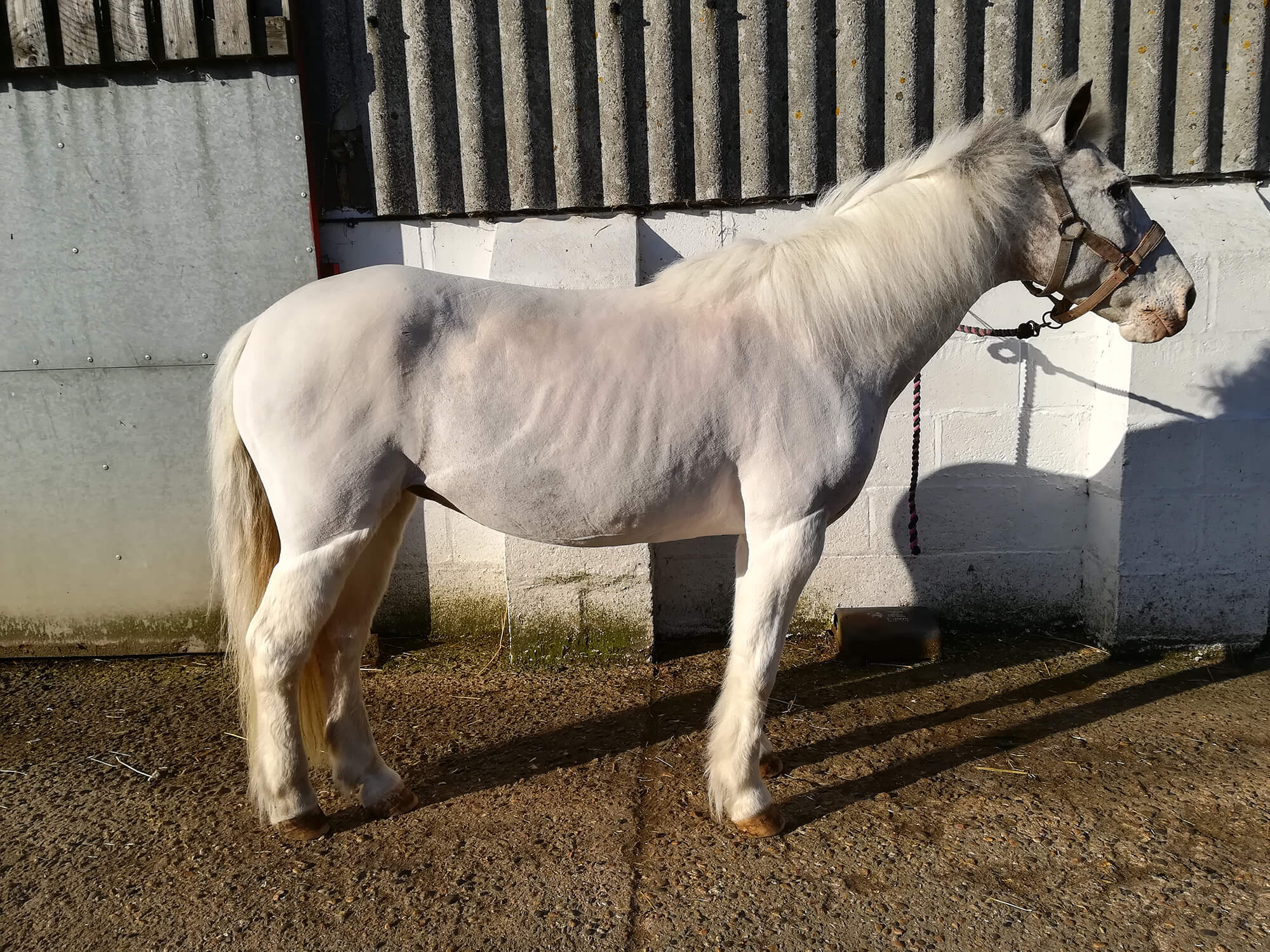