Back in April 2019, after a weighbridge clinic with Dengie’s Area Manager Adam Ford, Karyce realised she was going to have to make some drastic changes to the lifestyle of Della her Welsh Section C mare.

“Della weighed 465kg and was very overweight.” Karyce explains. “We knew she had to lose some weight as she was at risk of getting laminitis and Adam’s visit couldn’t have come at a better time to help us take the situation in hand and start a weight loss plan”. 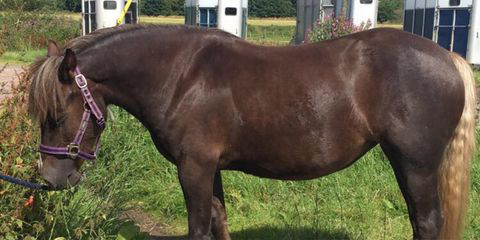 Karyce took Adam’s advice and began soaking Della’s hay which was weighed to ensure she received a maximum of 6kgs per day. Whenever Della was turned out to grass, she also wore a grazing muzzle, even in the winter. Alongside the soaked hay and restricted grazing, Adam also recommended Dengie Hi-Fi Lite due to it being low in calories, sugar, and starch. Della had a scoop of Hi-Fi Lite twice a day which provided her with an additional source of low-calorie fibre alongside her forage and provided added interest and chew time.

Della had three months off work over winter but because Karyce did a fantastic job sticking to the feeding plan, Della lost weight weighing in at 395kg in February 2020. In March she came back into regular work with a mixture of schooling, hacking and fast work each week which really helped to keep Della in good condition as the grass started to improve. Karyce used a weigh tape monthly in between weighbridge sessions as an additional way to monitor Della and although it isn’t the most accurate method of weighing a horse, it does provide an early warning should the weight start to go up. 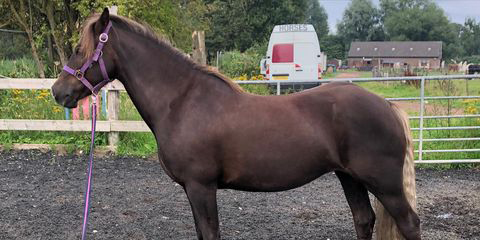 In November 2020, Della weighed 365kg meaning she had lost an incredible 100kg in 18 months. “At the time the feeding plan seemed pretty harsh,” Karyce confides “but deep down I knew it was what needed to be done to help her to lose the weight. I am very proud that I dealt with the issue and didn’t wait until she was suffering with laminitis before taking action. It really isn’t the easiest thing to do but I know I’ve got a much healthier and happier horse now!”