Unfortunately it is true that you can have too much of a good thing.

10-year-old Irish Draught Highgrove Harry (aka Harry) piled on the pounds when the grazing at his yard was just too good to resist. Owner, Donna King arranged for her vet to visit who diagnosed laminitis and Equine Metabolic Syndrome (EMS) plus a review of his diet and day-to-day management. 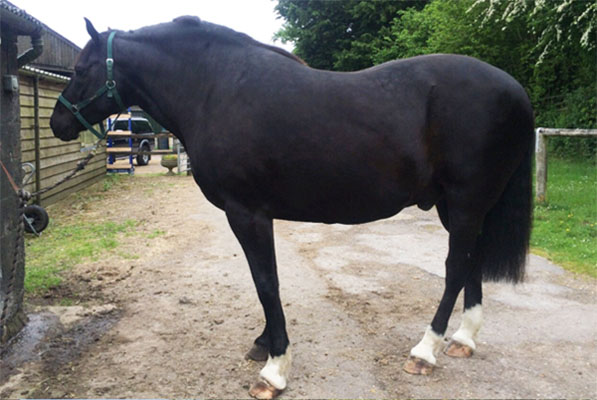 “After lots of research I understood that it was important for Harry to have a low sugar diet. I spoke to a friend whose horse had previously had laminitis and decided to try Dengie Healthy Hooves Molasses Free. I haven’t looked back since!”

Dengie Healthy Hooves Molasses Free is a nutritionally balanced, low-calorie, high-fibre feed. As it contains all the essential vitamins and minerals your horse requires there is no need to add a mix, cube or supplement.

“The major bonus about Healthy Hooves Molasses Free is that I can feed it to Harry at the recommended rate without overloading him with calories or sugar, at the same time ensuring he is getting all the nutrients he needs whilst still losing weight. Alongside his bucket feed I also soak Harry’s hay for 12 hours. Unfortunately his exercise regime has been limited throughout his weight loss programme due to suffering three bouts of laminitis close together. We are now slowly increasing his exercise with lunging. To start with his lunge roller had to be tied with baling twine and was 4-5 inches apart, however I’m very pleased to say he can now wear that same roller with a pad underneath and it goes on the 4th hole each side! We will hopefully return to ridden work in a couple of months time and I would love to get out and compete in some dressage and show hunter classes.” 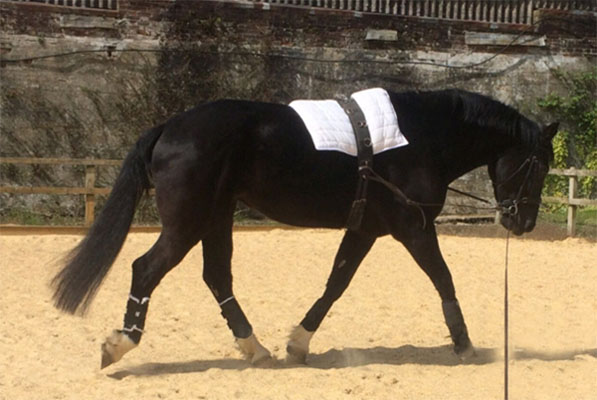 “It’s been a tough journey that has taken almost 10 months, but Harry is now allowed a limited time grazing each day. We have slowly been increasing the time from 5 minutes to 1-2 hours on a 3 metre strip opposite his stable. The plan is that Harry will eventually be allowed back in his original field which will be sectioned and under the vets strict instructions wearing a grazing muzzle. I was worried at first that a restricted diet would leave him dull and lethargic, however that has not been the case. Harry now weighs a healthier 575kg on the weightape and his coat shines with good health!”