Hector gets trim to take up side saddle

Hannah has owned 19-year-old Connemara cross ‘Hector’ since he was a 5-year-old. Previously, Hannah never had to worry about Hector’s weight as his workload meant he was always kept fit, hunting most weekends with their local Bloodhound pack in the winter, as well as long distance rides and working hunter classes during the summer.

Three years ago, Hannah noticed Hector was tripping a lot when ridden which, after a lameness workup and x-rays, was found to be due to arthritic changes in his front feet and the beginning of navicular disease. This meant his workload had to be reduced, so they stopped hunting and jumping. This also coincided with Hannah having a baby so after some time off, the pair mainly enjoyed hacking and spending time together. Unfortunately, the reduced workload, as well as moving to a yard where there was better grazing, meant that Hector slowly put on weight where he wasn’t in as much work.

In October 2021, Hannah took Hector to a ‘have a go’ side saddle clinic to tick it off her bucket list, the pair enjoyed it so much that they were hooked and ended up having regular lessons. Hannah’s instructor, who also happened to be Dengie Feed Advisor Katie Evans, explained to Hannah that if side saddle was something she wanted to pursue, she would need to get some weight off Hector in order for a side saddle to fit him properly, as well as being beneficial for his general health and wellbeing. 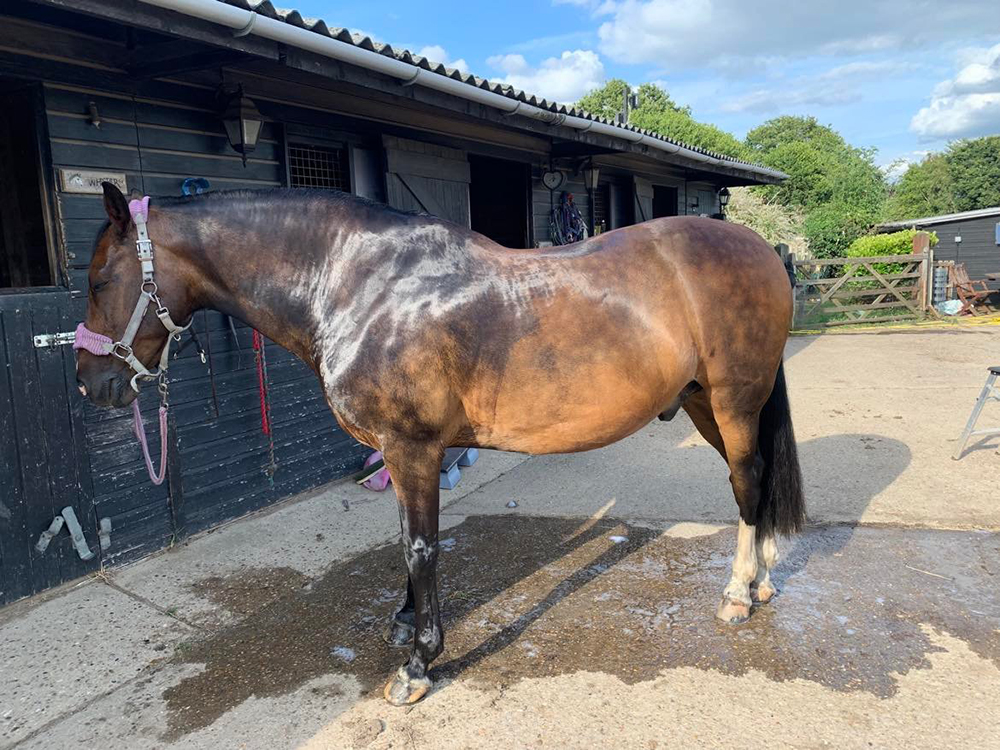 “I knew Hector had gotten fatter, but you don’t really notice just how much weight they are putting on when you see them every day” explains Hannah. “With the help of Katie, we put Hector on a weight loss programme. I was so determined to take up side saddle properly as well as for Hector to be healthier that I did everything I could to help get him trimmer”.

Hannah still keeps Hector out 24/7 to help with his arthritis but he is now kept on very limited grazing with 5kg of soaked hay. Alongside his grazing and hay, Hector is fed Dengie Hi-Fi Molasses Free with a performance balancer.

Hi-Fi Molasses Free is low in calories, sugar and starch making it ideal for good doers like Hector. The combination of fibres alfalfa and straw, with a light rapeseed oil coating provides Hector with slow release energy as well as creating a lovely coat shine. The inclusion of tasty herbs mint and fenugreek as well as alfalfa pellets creates interest and taste, meaning that even though it is low in calories and sugar, it doesn’t taste boring!

“Hector has gone from being 513kg on the weightape in November 2021 to 461kg in July 2022. Katie recently came out with the weighbridge to weigh and condition score him. He still has some weight to lose but it’s great to know we are going in the right direction” says Hannah. “I’m careful about riding on the hard ground and uneven surfaces, but Hector is now in more work which has helped get him fitter again. He also has remedial shoeing to help manage his navicular and arthritis but keeping him as trim as possible should also help as there will be less strain on his joints.”

“Hector and I now have our own side saddle and have even been out to a couple of shows including the Side Saddle Association National Show! He is looking and feeling fantastic on his Dengie diet and it’s been great to have Katie’s help throughout the process” says Hannah. “I know the trimmer I can keep Hector, the better it is for his arthritis and the better his side saddle will fit so it’s great motivation to keep at it!” 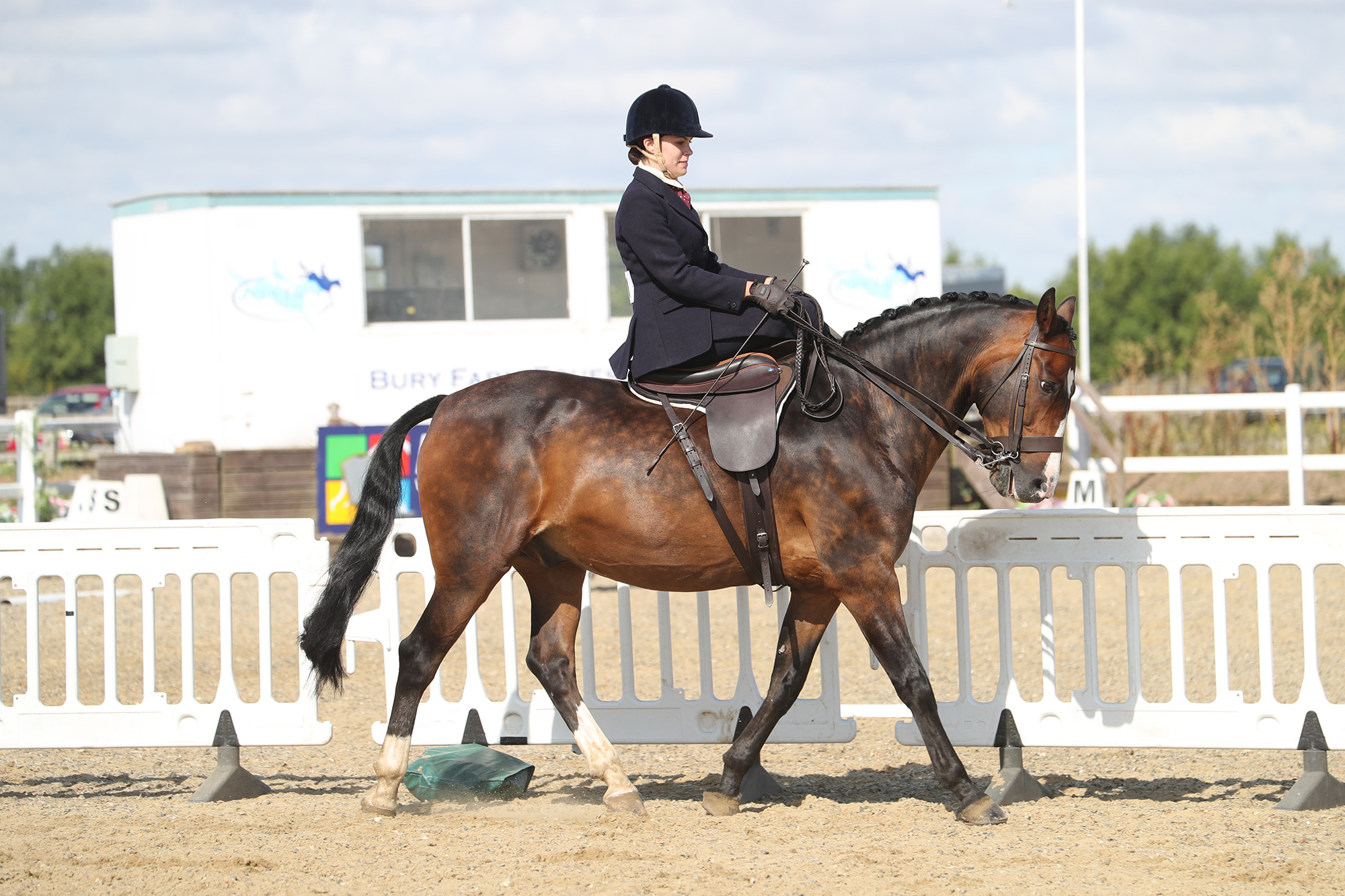