I thought I would share my story of the lovely Paddy with you. He’s an affectionate 15hh gypsy cob and when he came to me weighed more than the weigh tape would allow me to measure – around 710kg on the weighbridge! 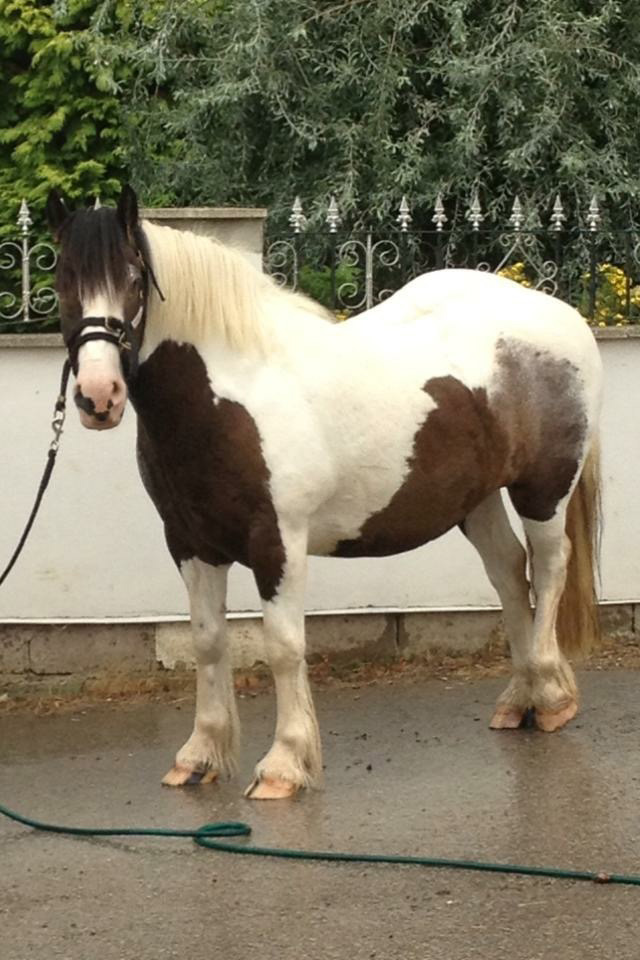 I was already aware that Paddy was overweight and how it could be affecting his health. Within the first week of owning him I arranged for a vet to visit who confirmed that he was morbidly obese and would more than likely have serious health issues. From that day he was put on a very strict diet but it was also important for him to lose weight at the correct speed, e.g. not too quickly.

Firstly I let everyone on the yard know that he was on a diet and made him a door sign so that nobody fed him – NO treats at all. His hay was weighed and soaked for 12 hours, we double netted his haynets and also hung them in the middle of his stable, so that Paddy had to work a little harder and the hay lasted just a little bit longer!

I gradually increased his work load riding or lunging 5-7 times a week, building up to incorporate lots of hill work too. Even if I didn’t have much time I made sure that he was lunged for at least 10 minutes on each rein in an active walk and trot. Even walking to and from the field I ensured that the walk was active!

As he became fitter we realised that he thoroughly enjoyed jumping so we incorporated this into his exercise regime which helped us both keep focused and excited.

He had a bucket feed of Hi-Fi Lite twice a day with a vitamin and mineral supplement added and I also used this as a low-calorie hay replacer too.

When turned out overnight during the summer he wore a grazing muzzle and came in during the day. 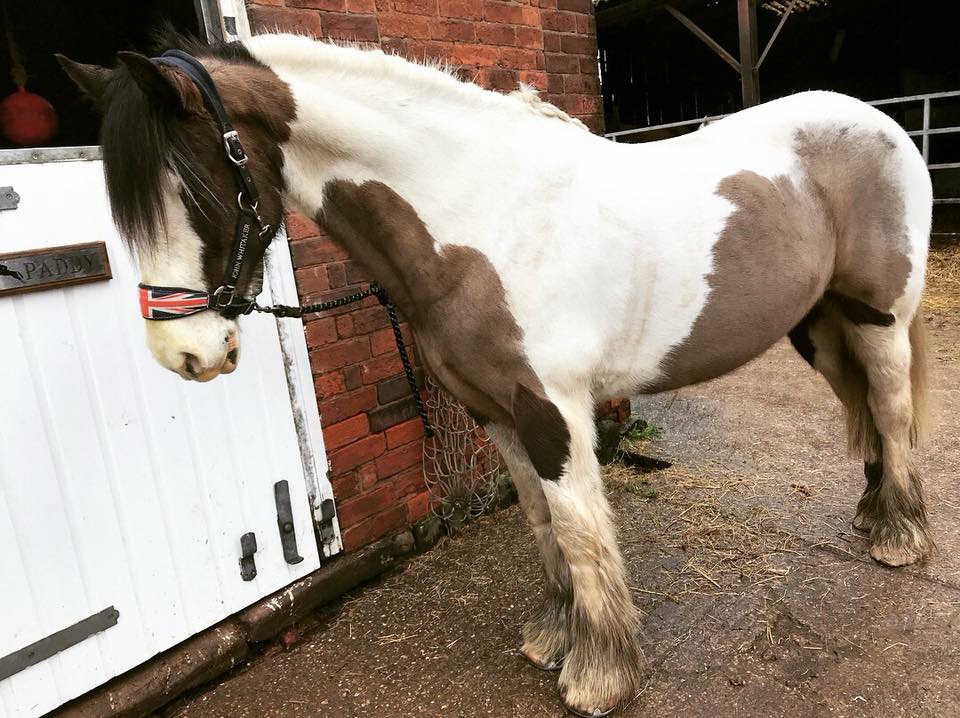 It’s been a long process but I was determined to get Paddy at a healthy weight. Paddy has lost 158kg (25 stone) and now weighs 552kg. The vet is amazed at his progress and I’m proud that I’ve been able to maintain him at consistent weight for a whole year. The vet stressed how important regular exercise is and I will continue to work him 5-7 times a week. He now enjoys his schooling, we hack for miles and we’ve even enjoyed XC days, endurance rides and hunting. Last summer we completed a season of showjumping at our local show coming 1st in the Novice and Intermediate.

Now that he’s maintaining a healthy weight combined with his increased workload he’s now fed Healthy Hooves Molasses Free which he absolutely loves! He get’s the recommended quantity of 5 scoops a day, split into two feeds, it contains all the vitamins and minerals he needs and he’s never looked better. Lauren x 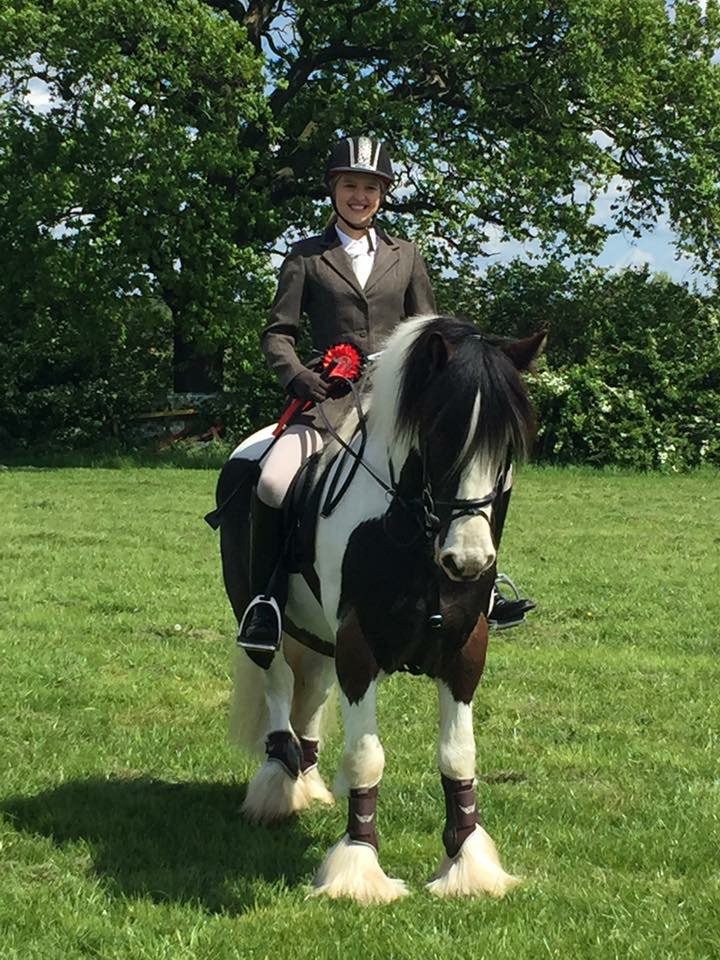