Posted on 25th November 2021 and written by Maisie Randle

It has been a very busy summer with the ponies…The Pony Club Championships, C+ test, training camps and lots of eventing!

The first exciting thing to happen was the arrival of a new ride for me. Petal joined the team at the start of August, kind of a bit unexpected as I already had 3 ponies to ride! However, Petal is an experienced Pony Trial pony and as my parents had been looking for a while for a more experienced pony to help me make the step up to novice level, before I took the younger ponies up to that level, she was too good to turn down! I was so excited and couldn’t wait to get going with her! The plan was to spend the summer holidays getting to know her and going to some dressage and show jumping competitions before maybe doing our first event at the end of the season. However, we bonded really quickly and got on well together so things happened a bit faster, which I will tell you about a bit later on in this blog. 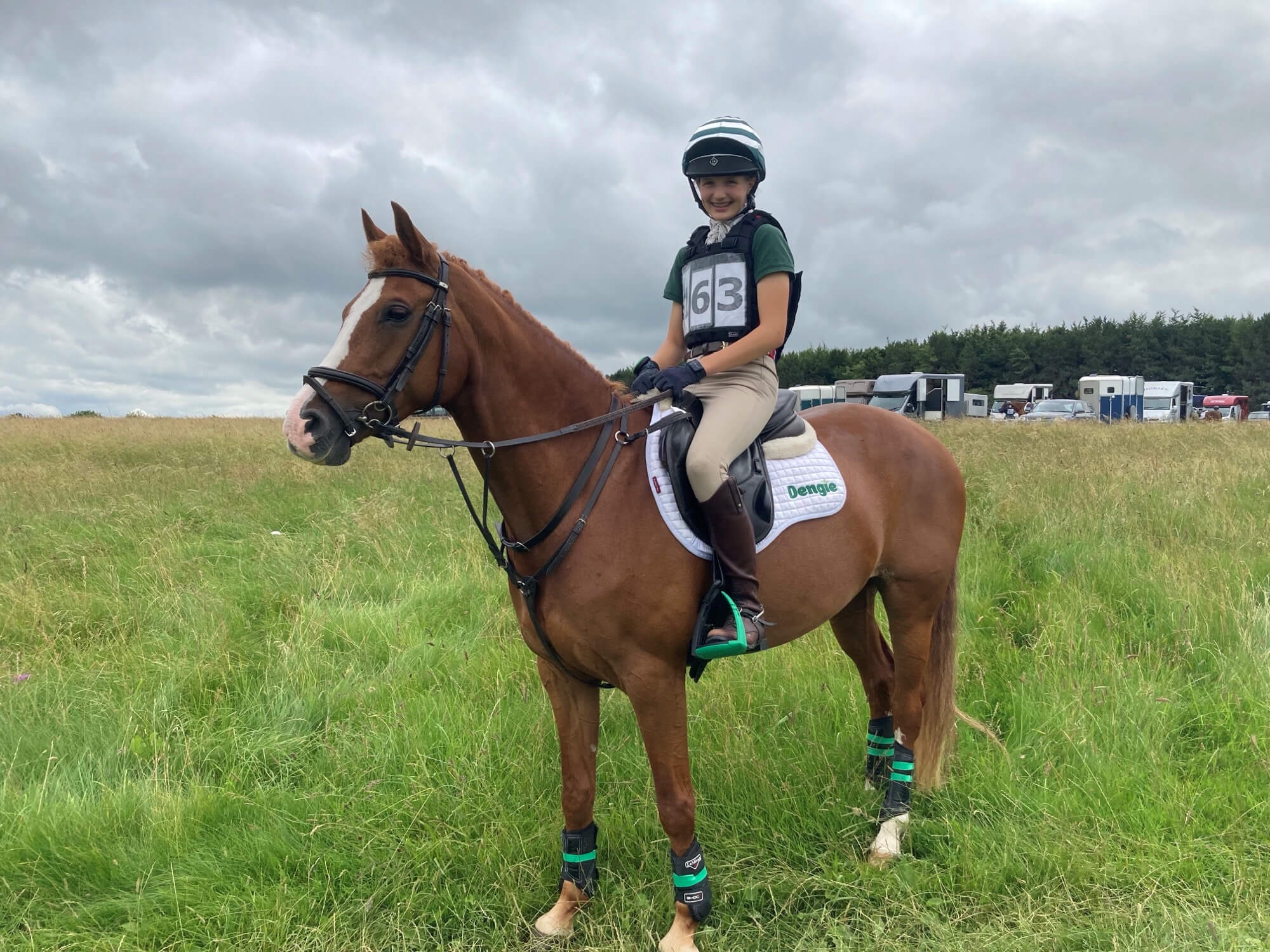 First up was The Pony Club Championships! It was so exciting to be going to the champs for the first time. Luna was in the novice dressage and show jumping teams. We travelled up the day before and stabled over-night so this was going to be Luna’s first experience of staying away from home. Unfortunately the temporary stables did not suit Luna as the stable doors were grilled up to the top! This made her quite stressed initially and meant we had to check on her quite a few times during the evening, but by the morning she had settled down and was much calmer.  Dressage was first and despite Luna’s lack of sleep the night before she did a very nice test to score 72% and finish just outside the top 10 in our section and help the team to 15th place out of about 30 teams.

The novice team show jumping competition was in the afternoon, all team members jump 2 rounds over different courses and then any teams that are tied for scores go forward to a jump off. Luna was fab and jumped 2 lovely clear rounds, and with good rounds from the other team members we finished in 5th place out of 52 teams which meant we got to go to the prize giving!! It was then time to head back home for 24 hours before going back to the champs with Bracken for the Individuals Intermediate Show Jumping. We had decided not to stable the night before and just take Bracken up for the day which did mean an early alarm call! The course in the first round was pretty big and probably one of the biggest tracks that Bracken and I had jumped, but she did a lovely clear round so I was very happy. We then had a 4-hour wait before the second round where the course was even bigger. Bracken didn’t feel as ‘springy’ as she did in the first round and we had 2 fences down, but I was still really pleased with her and we finished in 24th out of 48.  It would have been amazing to have got into the jump off, but I was still really happy with how we had done and it was just brilliant to have made it to The Pony Club Championships with both Bracken and Luna – I couldn’t have asked any more of them. 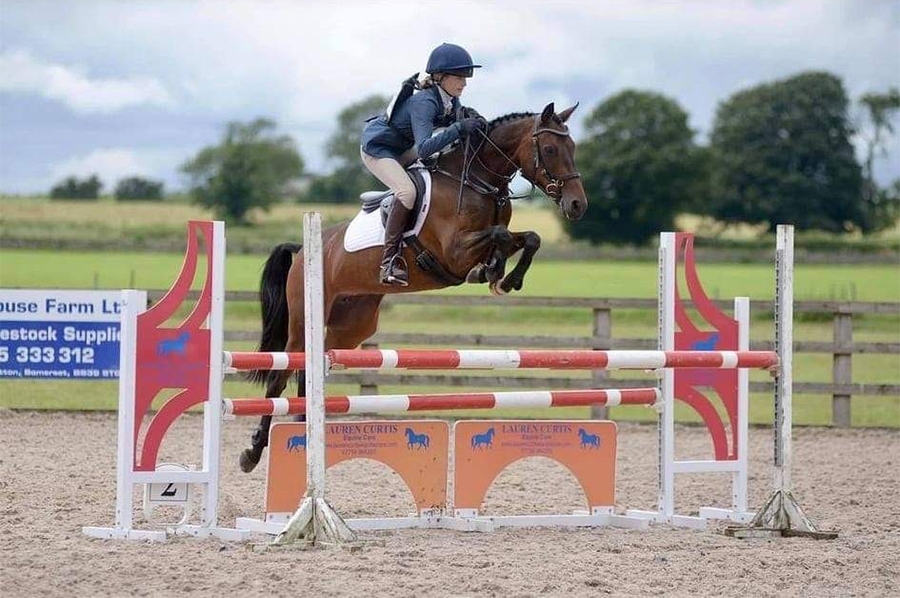 After the champs I had a few days away at Somerford Park on a Pony Training camp. I took Bracken and Petal and had an amazing time!  Somerford is a fantastic training venue and it was a really good opportunity to get to know Petal and after a couple of days of intensive training I felt that Petal and I were ready to go and do our first event together.  I also had some really good training sessions with Bracken and really felt like our dressage improved over the few days.

So having got on really well with Petal at camp we went to our first event, a BE100 at Sapey! It was a really good day and we came 4th with a good dressage and double clear, it was also quite a learning experience as Petal certainly knows how she likes to do things at a competition and she makes it quite clear that she doesn’t like any waiting around, particularly before the cross-country. However, I now felt like I was getting a good bond with Petal so we entered to do 3 more BE100 runs to get the MERS needed to step up to Novice level with the aim of doing a Novice or PT before the end of the season. Our next 3 events went really well with double clears at all of them and 2 top 10 placings, so I felt I was ready to step up to the next level. Going to my first Pony Trial was so exciting as well as a bit scary, but I felt really confident doing it with Petal.  We had to go all the way to Norton Disney and because it was a 5-hour journey we went up the night before, so that Petal could have a good nights sleep. I walked the course the night before with my Dad and then did a course walk with Jonquil, the Pony Team trainer on the morning of the competition. It was a big track but I was actually more worried about the show-jumping than the XC. Our dressage went really well, we scored 28.8! It was probably the best test that I have done with Petal and it was my first test at that level.  On to the show-jumping and the course was causing lots of problems, but I need not have worried as Petal was awesome and jumped a foot-perfect clear round to put us in 2nd place after dressage and show-jumping. Cross-country was absolutely amazing too despite having an annoying run-out early on the course, I think I probably didn’t have Petal quite collected enough coming into a double of brushes resulting in the run-out. After that we upped our game and completed without any more problems and the rest of the round felt amazing. Despite the run-out I was so thrilled to have completed my first Pony Trial and to finish just outside the top 10! I wanted to go and do it all over again but as that was Petals last event of the season I will have to wait for the 2022 season. Petal is now enjoying a holiday out in the field with her bestie Bracken. 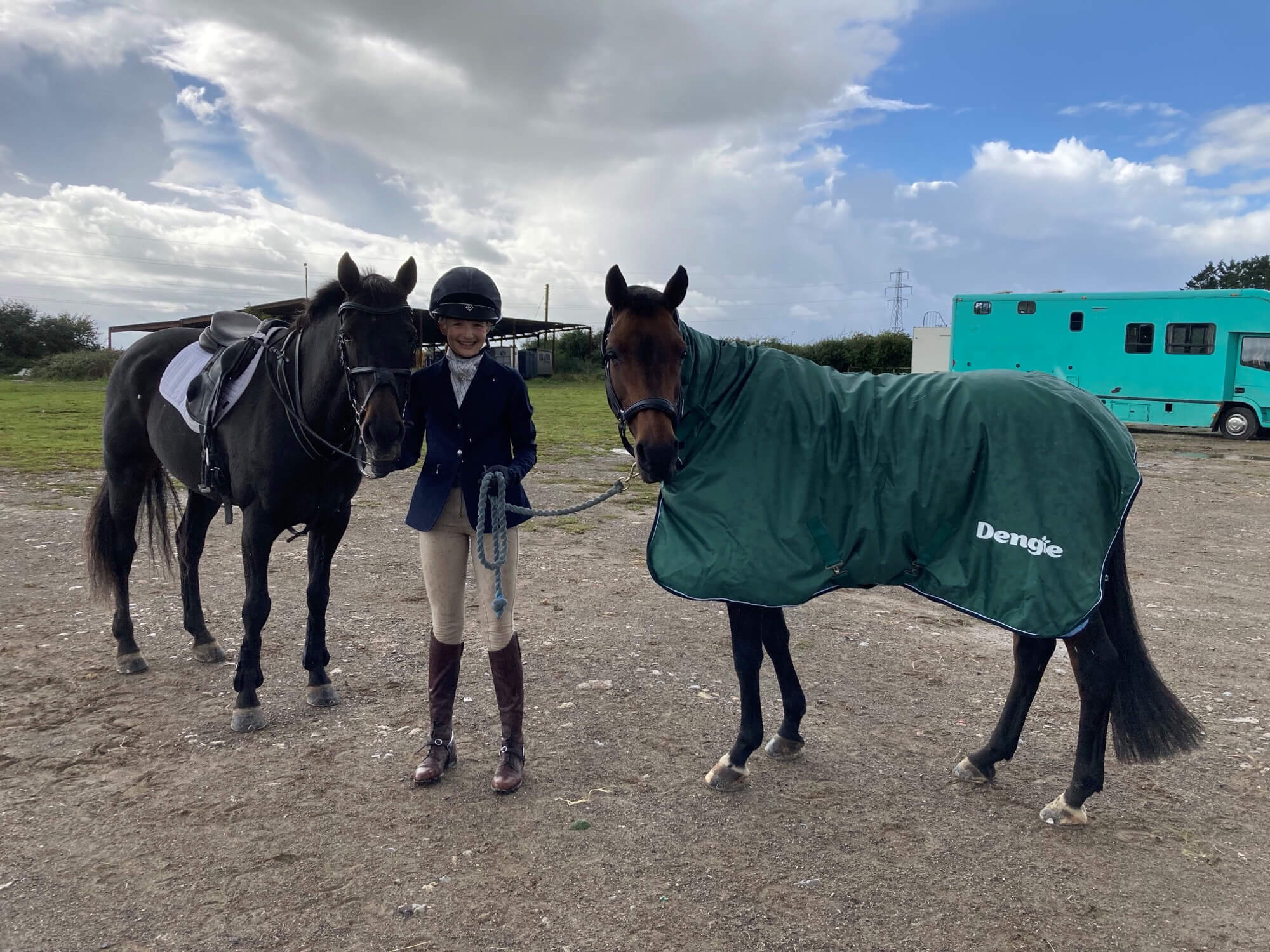 In the meantime Luna had also stepped up to 100 level and had 2 really good runs at West Wilts and Moreton Morrell jumping double clears at both.  She absolutely loves the cross country and her confidence has really come on although this has meant that she has been getting quite strong! At our last event of the season at Broadway I decided to pull her up early on the XC as I felt she was getting a bit too strong to safely tackle some of the combination fences. Our winter training will now be focused on teaching her to wait and listen, as well as trying some new bits, but for now she is enjoying a break out in the field.

Bracken also had a few more runs at 100 level where her dressage marks were much improved, she was also show jumping really well, but we just had an unfortunate run outs on the XC. She is now enjoying a well – deserved winter break. 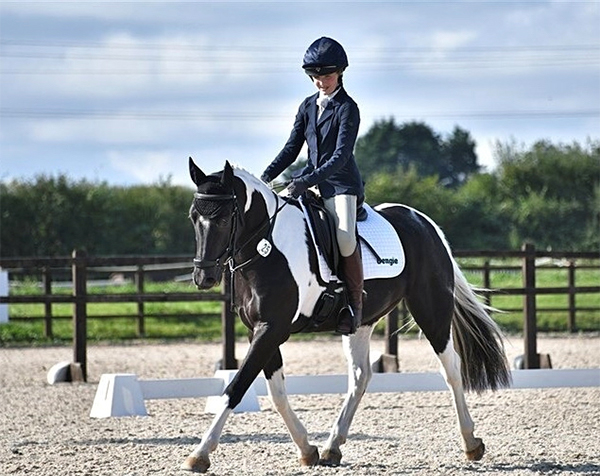 Smartie had a break during the summer so after a few weeks of walking and hacking to get him fit again the focus for him was dressage, dressage and more dressage, in the hope that he would calm down about riding in the white boards. It seemed to work as he scored consistently in the 70’s at 6 dressage tests in 3 outings! So then we had to test out his new calmer attitude to dressage at a BE event….unfortunately the excitement at being back at event was too much for Smartie and although he warmed up really nicely he couldn’t resist throwing in a few bucks in his test! He then went onto jump a double clear and finished just outside the top 10.  Smartie will be doing lots of dressage this winter as well as show jumping and Arena Eventing to get him confident at 100 level. He has started jumping courses at 100 already and is getting more confident at that level, he has just done his first 100 AE and came 2nd!!

So that wraps up my 2021 Eventing season! The ponies have all finished fit and well, and their Dengie fibre feeds have kept them looking and feeling great. I can’t wait for the 2022 season although after a very busy summer with 4 ponies I am enjoying having a slightly quieter time for a few weeks now! 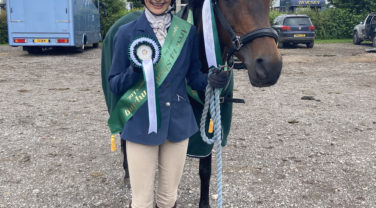 A busy summer eventing and competing

I can’t believe it is August already! Since the event season started back in April the weeks have just flown by and so much has happened.