Posted on 12th June 2015 and written by Hannah Esberger

We had a fantastic weekend at BYRDS camp Northern. Molly was very excited and really enjoyed the experience, she loved her workshops learning about competition preparation and achieving her competitor certificate.

She had 2 fab lessons with Tracey Woodhead, which was rather unreal as Tracey taught me for a number of years from the age of 14!  She loved teaching Molly and also said it felt strange as she was just like me.

Molly worked hard all weekend to keep her stable tidy as prizes could be won for tidy stable and best turned out pony. She spent a very long time with Joey, spraying lots of sparkle all over him…but still no prize.

She took both her tests very seriously, as her aim is to be selected for the Inter Regional team event at Keysoe. Having scored 82% in one test Molly was disappointed with the score of 68%, she rode a beautiful test and I felt that ‘pushy Mum’ starting to bubble..lol! 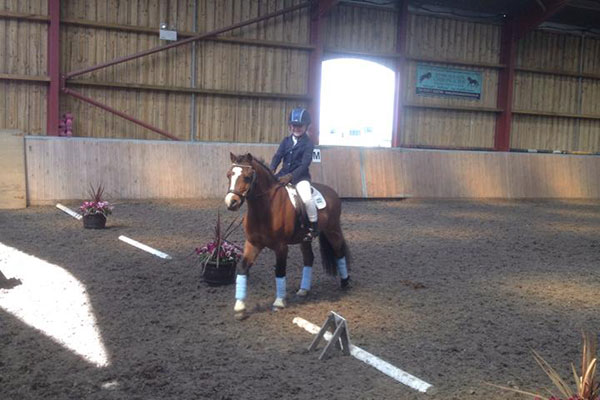 I had to remind Molly she was only 8 and it was 11 and under. The next day she scored 73% and again rode a lovely test, she was so focused and was really nervous, she was disappointed as some children scored high 70’s and 80. It’s good for her to learn about being competetive, having success and also not achieving her results.

Fingers crossed she has done enough to be selected, we will find out in a couple of weeks.

Potter went out yesterday and did his first mediums. I was pleased with the results of 67% and 69% (1st and a 2nd). I thought he was difficult in the warming in; was it the gale or objection to the new bit?? It turned out to be neither, his boots had rubbed him, bless him, and when I took them off he was his gentle self again. 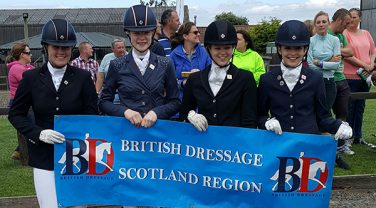 Learning at the Inter Regionals

Gari (Watch Me!) and I took part in the BYRDS  Inter Regionals last weekend at Richmond Equestrian Centre in North Yorkshire. This was our first time competing in this style of competition.