Posted on 4th November 2015 and written by Alice Oppenheimer

Things normally quieten down a bit in October as the summer season is completed, but that wasn’t the case this year.

We started off with a World Class squad training session at the Unicorn trust. This session was specifically for working on our freestyle tests and we were lucky enough to be joined by Katrina Wurst and Tom Hunt. I started the first day with a session on Bracks (Headmore Boadicia) where we went through her Grand Prix tests. Overall Katrina liked the test but she had a few ideas to improve it. Katrina also really rated Bracks which was amazing to hear! Then it was Del’s (Headmore Delegate) turn. I was looking forward to getting a chance to practice the test after he had missed the Nationals. I ran through it and Katrina really enjoyed and couldn’t find any way to improve it, which was an incredible to hear.

The following day we had David Trott helping us and he also really liked Del’s test. Bracks was a little tired but we managed to finalise her floor plan as well, so another productive day on horseback. I also had some really good sessions off horse with the other members of the team so overall it was a fantastic couple of days and I’d like to the National Lottery and UK sport for the programme.

The following week held HOYS with Socs (Tantoni Sir Soccrates). It’s an amazing show and a fantastic arena to ride in, although it is like no other show so I wasn’t sure how Socs would cope. Socs was simply amazing. He has had an extraordinary season, far better than I ever would have dreamed of, and, despite feeling very tired, he tried his heart out for me once again. He was simply amazing as he went into that arena and answered my every question. We had a few mistakes but still finished 3rd which was a lovely way to end the season. Socs and the rest of the horses are now enjoying a well earnt holiday before we start our winter training. 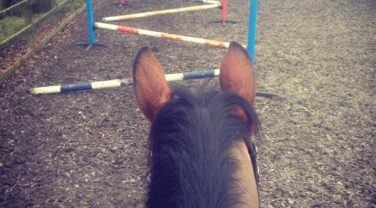 Getting Ready For The Event Season

It is so difficult getting back into the swing of things after the holidays. My university term luckily doesn't start till the 1st February, so I have had almost an extra month to get the horses out of their winter PJs and into pre-season training.