Posted on 6th September 2016 and written by Alice Oppenheimer

We travelled to Rio on the Tuesday, having been treated to a delicious breakfast fit for athletes, and a packed lunch courtesy of plane food by Gordon Ramsay. We then flew onto Belo Horizonte as our first day was spent at the Team GB prep camp.

We started off in Belo with a tour from the head of the prep camp. It was incredible to hear quite how much goes into organising the prep camp and getting our athletes in the best shape to compete. We then visited the Minas Tennis Club where some of Team GB had been preparing. It was an amazing club of 80,000 members who completely fund their own personal volleyball team. Team GB had kitted out ten gyms with brand new equipment so the athletes were used to it, which they were going to leave in Rio partly as a thank you to the club and largely to help inspire the next generation. A lot of effort had gone into adding ‘homely’ touches, like Team GB stickers, to make the althletes feel comfortable.

On Thursday we headed to Deodoro to watch the second day of the Grand Prix. It was our first trip on Brazilian public transport, the BRT. It was easy and very efficient. They were also very efficient showing us from the station and through security getting into the stadium, which was the same as in London. 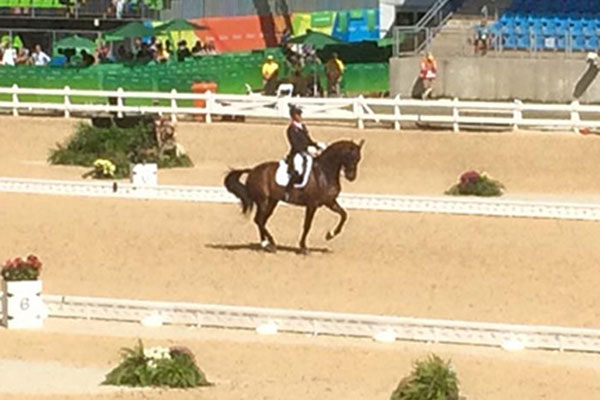 The arena was not hugely busy but there were more people than we had expected. Overall the standard of dressage was phenomenal and Charlotte’s Grand Prix was flawless. It was very exciting to see the team medals starting to take shape and Team GB lying in silver overnight.

The following day we had a busy one! We started off by going to the Olympic Park to watch the water polo. It was good fun and the atmosphere was fantastic. We didn’t really understand the rules, it seemed like they kept trying to drown each other. It was very aggressive and there were quite a few near fights. The players didn’t really seem to mind the referee’s whistle much. The best part was the sprint at the start where they played charging music over the top. We also had the chance to wander around the Olympic park and see the other venues, as well as visit the official shop. 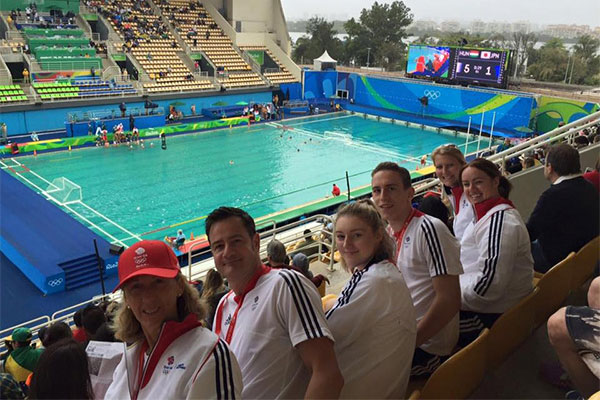 That afternoon we headed over to Copacabana to watch the beach volleyball. It was another go on the public transport, this time the BRT and the metro. It’s an iconic venue and we had the standard tourist photos on the beach. On the way into the arena we were asked to give some interviews which was good media practice following our training with Steve Wilde through World Class. It took a bit longer to get through security as the venue was packed as Brazil were playing. The atmosphere was simply immense and the crowd really got involved. It was wonderful to get to see Brazil play beach volleyball on Copacabana beach!

That evening we had our trip into the Olympic village. We got to visit the Team GB block and see the set up there before having dinner in the massive eating hall in the village. It is the size of two football pitches with different food stations spread up and down the hall.

Our final day was spent at British House. This is where athletes, owners and sponsors tend to go to celebrate the medals and have a chill out. The setting is amazing at the foot of Christ the Redeemer and it felt very ‘British’ as Team GB staff had done a fantastic job of making it feel like home, just as they had in the British block in the Olympic village. It must be incredible to go there and celebrate as an Olympic medal winning athlete.

It was an incredible experience and I’m very grateful to the BOA, the National Lottery and World Class for the opportunity. 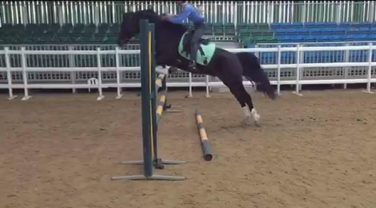 As Leo has been working and trying so hard with his training I thought it was important to give him a break and have a little bit of fun.