Posted on 2nd December 2015 and written by Alice Oppenheimer

As we are going into the winter we are doing less competing. I just had to complete my final winter qualification with Tank (Headmore Wimoweh) in the advanced medium freestyle to music. We decided to try our luck at Sparsholt one evening. It had been a very wet and windy day, but thankfully it had cleared up for my time! Tank was fab, and did one of his best ever tests to win with over 78%, thus completing his qualification. Job done!

The following weekend I went to Your Horse Live, as Charlotte Dujardin had asked me if I would ride with her in her demonstrations. I was very honoured that she’d asked me and very excited to be given such an opportunity! On the first day Charlotte started by riding the 6-year-old Mount St. John Freestyle, which was lovely to watch. That afternoon I rode Del (Headmore Delegate). He was a bit nervous with the crowd to start off with, but settled to work really well. He thoroughly enjoyed all of the attention and applause, and was a real show off!

The following day I started by riding my 6-year-old Robin (Headmore Dirubinio). He hasn’t been to a party since he was a 4-year-old as we’ve kept him at home to allow him strengthen up as he’s so big! He was very unsure about the crowd to start off with, but once he got confident and settled he was fantastic and really rose to the occasion! He also very much enjoyed the attention and applause, and he definitely gained some fans! Charlotte then finished off her demos with a ride on her second string Grand Prix horse, Barolo.

I also had the chance to pop by the Dengie stand and see everyone there which was lovely to catch up. The shopping is also insane! I had to use a map to find The Brooke stand to give them a donation that had been raised by our local riding club, the HRRC! We did manage to grab some real bargains over the course of the weekend, once we’d found the stands we were looking for! I thoroughly enjoyed the weekend and am very grateful to have been given the opportunity! 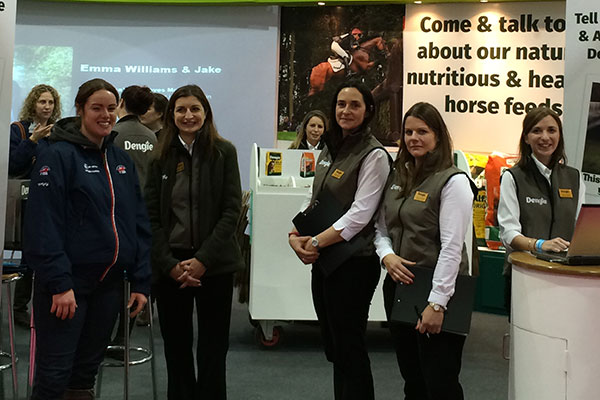 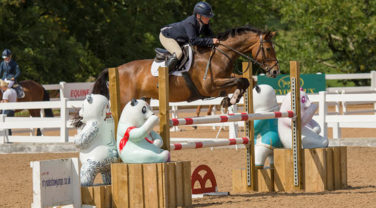 I thought I would take the opportunity to look back as well as forward to the year ahead. I certainly don’t think 2020 was anything like I imagined this time last year.