Posted on 18th August 2020 and written by Maisie Randle

In my previous blog from March, my preparations for the start of the event season were going well and I was looking forward to my first event…then Coronavirus happened and everything stopped! It was hard to know what to do with the ponies as they were all fit and ready to go, but we had no idea when things would start back up again. We decided to keep them in work, but only hacking and a bit of dressage schooling and pole work 3-4 times a week, rather than 5 or 6 days a week. We thought that turning fit ponies out into the fields may cause more problems than if we just kept them ticking over with enough work to keep them busy without getting bored. Lockdown was particularly bad timing for us as Felix was about to go to his new home and we had just advertised Chico for sale, so both had to be put on hold. 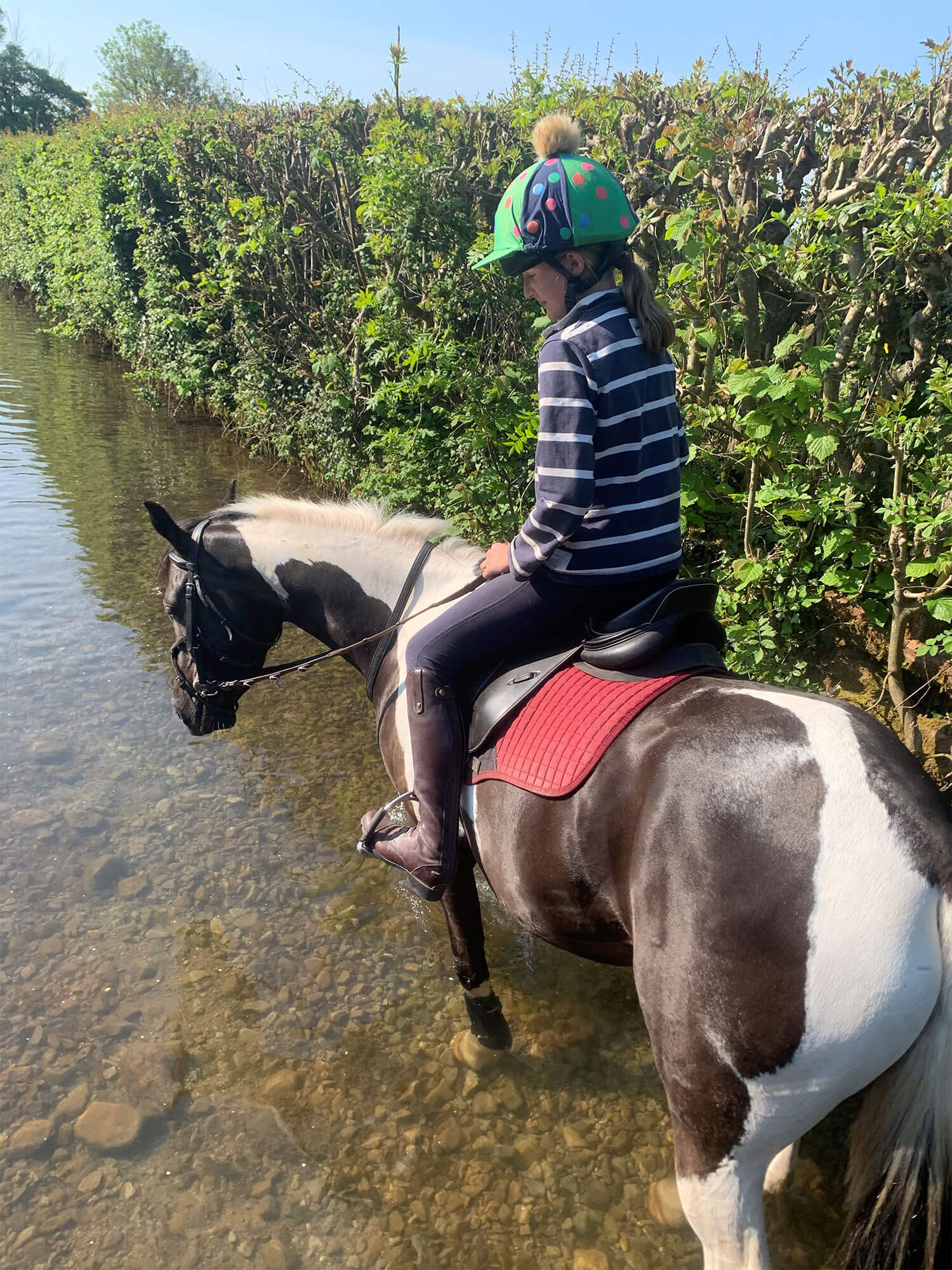 I won’t bore you with the details of what I got up to during lockdown, basically I rode the ponies in the morning, did my schoolwork in the afternoons and a bit of baking in-between (millionaire’s shortbread is my speciality!). Having the ponies to do meant I didn’t get bored at all and there were always jobs to do such as cleaning out the horse box, tidying the tack room and having a sort out of rugs etc, but I was very happy when restrictions were eased and things started to happen again. Felix went off to his new home as soon as it was okay to move him and I am pleased to say that he is very happy and settled. I have been able to go and see him a few times already, as he isn’t very far away. Chico has also gone to a new home where he will be produced as a dressage pony. He is also very settled and happy and enjoying his dressage!

It was great when PC rallies started again and we were allowed to start having lessons. I hadn’t been XC with Bracken on grass before so I was very excited to be able take her XC schooling and also go to a BEU18 training session and a BE Pony Training session where she was awesome! The first time I took Smartie XC schooling this year he felt like he had grown up a lot over the winter months and felt so much stronger and more confident in himself and more than ready to do his first event. 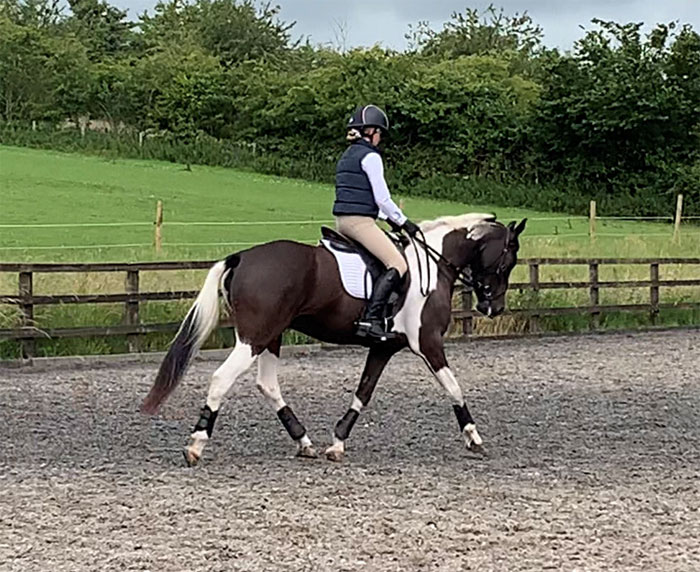 Unfortunately we got balloted from the first few events that we entered, but both ponies got accepted at Launceston; Smartie in the BE80 and Bracken in the BEU18 90 section. It was a very early start and quite a long journey, but I was so excited to finally be back out eventing again! It was my first event with Bracken and I was pretty nervous, but she was amazing! She did a nice dressage test for 30 penalties, then pinged round the showjumping clear and flew round the XC course with just an unfortunate 20 penalties for a stop at the top of the step. I think it was probably a bit of lack of experience from both of us and I now know that with steps she prefers to approach them a bit steadier to have time to see what she is jumping down onto.

Smartie was very excited to be at a competition, he thought he was at a ‘pony party’ and could hardly contain himself!! He did a very excitable dressage test for 35 penalties, had the last fence down in the showjumping, but flew round the XC clear and inside the time. He was so pleased with himself and so was I!! The next day though he was really tired and spent most of the day sleeping in his stable!

My next event was Dauntsey BE90 with just Bracken this time. It was another very early start with my alarm set for 3.30am!! My aim was to do a sub-30 dressage and a double clear and I’m pleased to say that we achieved this with the added bonus of being placed 7th!! Bracken did a lovely calm dressage test for 29.3 followed by clear show jumping and a fantastic ride XC around the biggest course that I have ridden. I was very very happy with her!! Bracken now has a couple of quiet weeks with a dressage competition and some jumping lessons before we go to West Wilts for her next BE competition. Smartie’s next event is another BE80 at Moreton before he steps up to 90 level also at West Wilts. It is so good to be back competing again and even though things are a little different due to the Coronavirus restrictions, I would much rather have it that way than no competing at all. 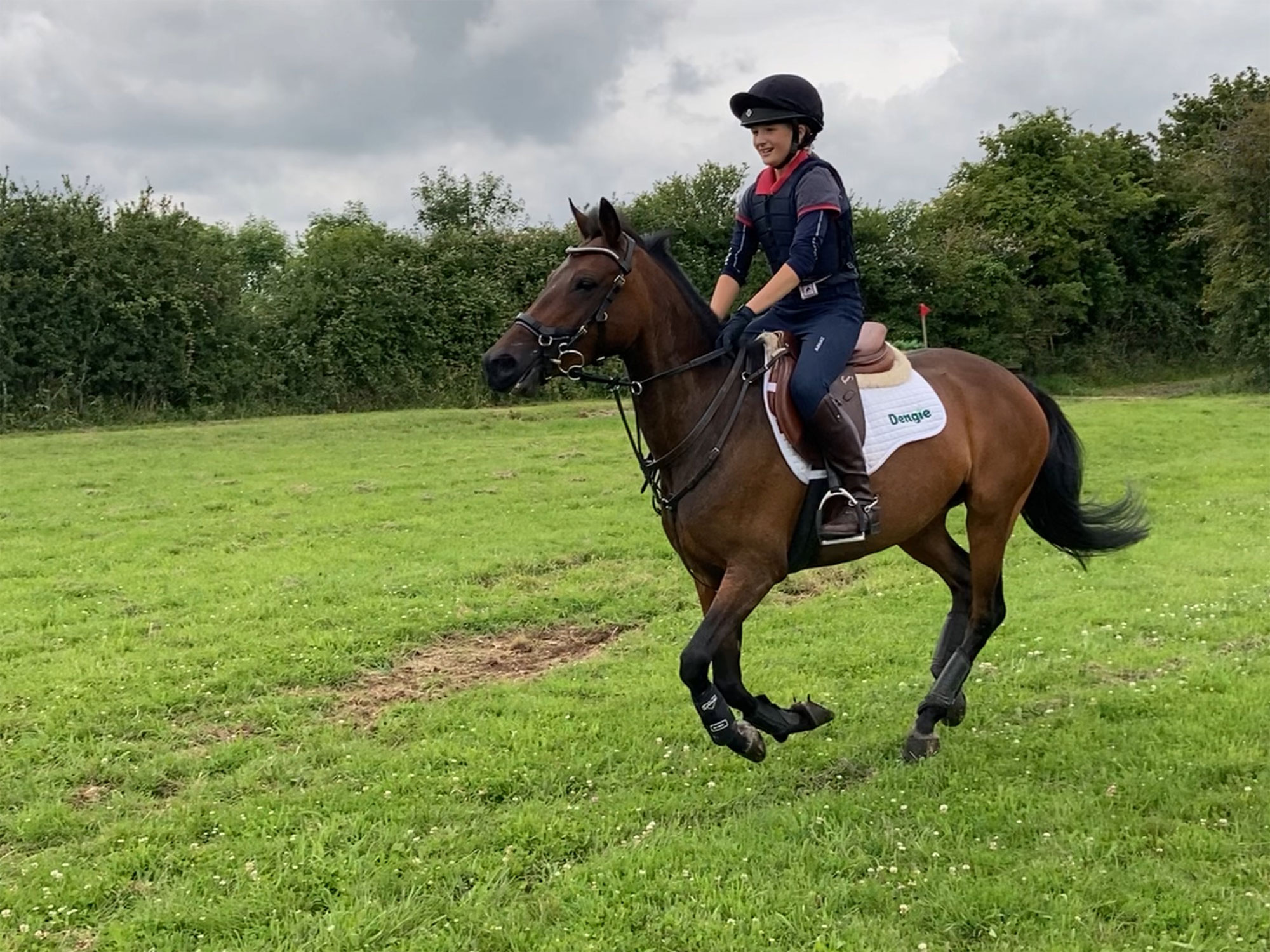 My plan for the rest of the eventing season is to hopefully have some good runs at 90 level with Smartie, and for Bracken to step up to 100 level and get a couple of good runs with her at that level before the end of the season.

During lockdown the ponies were all fed Hi-Fi Molasses Free, as they were only doing light work but now that they are back in full competition work I have increased the energy content of their feed. Bracken is now fed Alfa-A Original with Performance+ Balancer and a small amount of Alfa-Beet to mix it together.

Smartie was also on the Alfa-A Original but he can be a bit fussy, so we switched him onto the Performance Fibre which he absolutely loves. He struggles to maintain his weight and can also be a bit of a worrier, however this diet seems to be providing him with plenty of energy for the work that he is doing, as well as helping him to keep his weight on. Both ponies also get some electrolytes in their feeds as well as apples and carrots.

I have enjoyed having an extended break from school and being able to play with the ponies all day but I am kind of looking forward to starting again in September and getting back to a bit of normality. I think my mum is too! 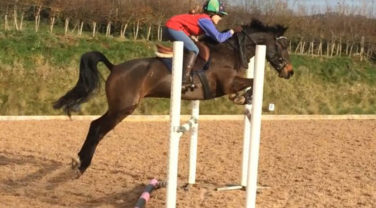 Preparing for the Eventing Season

Hopefully, by the beginning of April when my Eventing season is due to start the weather will have improved dramatically and the next time I blog the event season will be in full swing!