Getting to know Lucy

Posted on 10th December 2015 and written by Lucy Jackson

Q: How much is a bale of hay?
£40!!! It’s beautiful home-made haylage from our landlord, Charles Buckley.

Q: When you were a child, who did you admire or were inspired by?
Lucinda Green, Ginny Leng and Mark Todd – all fairly predictable for a Nineties teen.

Q: What is your greatest achievement to date?
Not sure that I’ve had it yet…

Q: What is the most embarrassing moment of your career so far?
Falling off three-quarters of the way round the showjumping in Pau. One of the few to clear the treble, Animator heard the “Oohs” from the crowd and did a 180° a stride and a half after the fence, and straight into the puddle I flew! 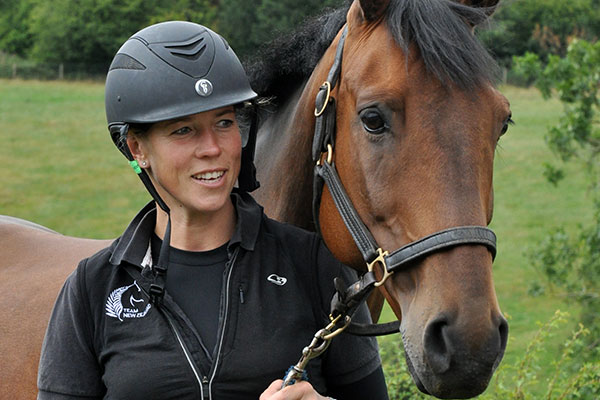 Q: If your horse was human, who would he be?
Willy Do, thankfully, isn’t quite like any humans I know – he is INCREDIBLY grumpy unless he’s just finished an absolute marathon of a tough XC, at which point he smiles for at least two hours! He is a total workaholic, fairly anti-social, likes his own space and yet is the most genuine, brave competitor with the biggest heart. He is only just beginning to realise quite how brilliant he is.

Q: Who would you have at your ultimate dinner party (living or dead)?
This could be a long list, as I LOVE dinner parties! Perhaps I’ll just give you a few to start with: Harry Wallace, my sister Soph, Sir Mark Todd and Carolyn Todd, Tim and Jonelle Price, and Tom and Kate Jenks would be a fun night.

Q: What was the first album/CD you ever bought?
I have tragic taste in music, have barely bought any, but my most recent one is Now That’s What I Call Power Ballads – excellent truck singing and driving music!

Q: If you could start your career all over again, would you follow a different path?
Well, I tried the “proper job” first. I did a degree at Bristol, followed by another in Auckland, and then worked for five years as a physio in a hospital and at a private practice in New Zealand.  At 30, I decided that all I really wanted to do was play with ponies all day! So, given the chance again, maybe I’d have been better to have done ponies first and the proper job later.

Q: If you could take three items to a desert island, what would they be?
Harry Wallace, my terrier Pink  and… well, nothing else needed, really! Important to note the order in which I wrote those two. 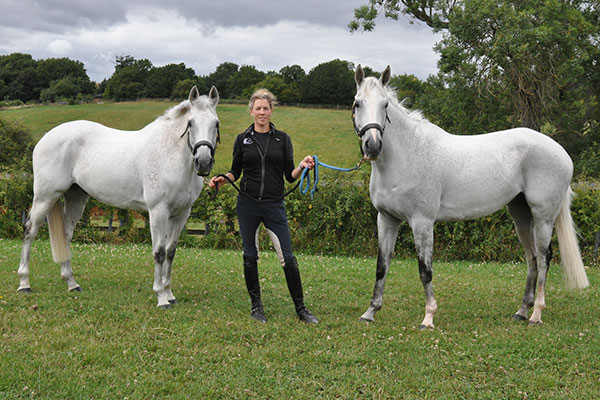 Q: Do you possess any lucky underwear?
If I did, they would be pretty worn out by now.  We’ve got 19 horses in work and you need a bit of luck daily, so think lucky underwear mightn’t look too great when worn on a daily basis!

Q: If you could choose anyone to play you in a film, who would it be?
Ha-ha, someone to smooth over all the cracks – Cameron Diaz, maybe? My film knowledge is about as good as my music taste.

Q: If you could be any breed of horse, which would you be?
Thoroughbred, for sure. I really find them the easiest to read and their concerns make total sense.

Q: How old were you when you had your first horse or pony?
Whizzy was the first pony I had lessons on at the riding school I attended. He was 30-something and far from true to his name. He was probably about 10 times my age.

Q: What did you win your first rosette for?
Dog most like her owner (a knackety-kneed. gangly lurcher with scruffy blonde-ish hair).

Q: Finally, what could you not live without?
Think he’d be embarrassed if I wrote his name here!

It is a strange feeling, knowing that the season is about to start and knowing you're not going to be part of it, despite having a healthy event horse and being injury free yourself.