Posted on 16th March 2017 and written by Hannah Esberger

I must say it is so easy to forget ‘young horses’ first outings. Plaiting was a challenge as Larry was so interested in the steps which we definitely need now as he is quite a big boy. He thought the whole thing was so exciting and went around on his toes for the first few laps! He is so different to when he is at home. However, I must say I was very proud of him as he gradually accepted the new surroundings and went in the ring, a little green but scored 68% plus for both tests for the Novice Gold, winning both!

Super Larry has now set his own standards! 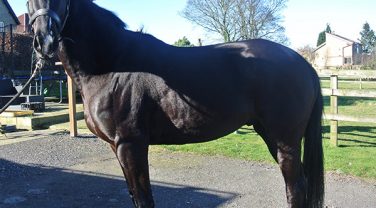 Well getting to the Regionals has been a challenge this year! Lenny missed Bishop Burton and Storm Doris nearly put a stop to our travels to Morris Equestrian Centre.