Posted on 18th May 2018 and written by Hannah Esberger

We had a great trip to Addington Premier with Lenny! On the first day he achieved 13th and on the second day he achieved 9th in the PSG’s. The classes started at 9am and finished at 4pm and the quality of competitors was great, so I was thrilled with his continued reliability and genuine effort to try his best. The second day he was tired, so I did not go forward to the Int 1, he has qualified for the regionals, so it is now just about getting stronger in his work – he is just such a lovely person!

The following day we had a superb first show for Delilah and she won and came second which delighted her. Joey being his normal precious self…and the sun shone!!! 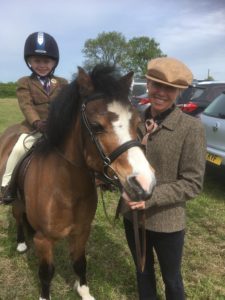 Molly is off to the Area Festival at Arena UK and she is holding onto the top of the leader board for the under 12’s, which should put her on the A team for the inter regionals at Keysoe.

Iggy has a slight injury, so he is off for 8 weeks and this will put him out of the summers. I am not too bothered as he needs to build strength from growing so big and so fast.

We’re off to Somerford Premier next week, which is a lovely show 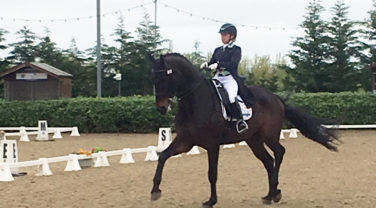 It was pretty grim presenting Lenny for his Small Tour classes with all the rain and mud last weekend at Keysoe, but I'm pleased that all the competitors coped well with it.