Rediscovering the fun of eventing

Posted on 31st July 2019 and written by Brook Howells

It has been a rewarding summer so far, despite a couple of ups and downs. After Kelsall I had a weird sort of frustration and lack of motivation. I was looking at the season ahead in a different, slightly less optimistic way, which Mum figured out was because we’d hit a bit of a plateau. We have been training Corey for nearly 10 years, with improvements sometimes coming easy and sometimes slower, but we’ve always been moving up towards the goal of being solid at novice. Finally, we are feeling pretty solid at novice, and so the gains feel more marginal. It was harder to motivate myself for these little ‘wins’, but once I’d recognised what was the situation, and remembered how long I’ve wanted to be here, it feels pretty good. The next couple of months have shown me just how solid we are too.

Our plans to have an easy run round the BE100 Open at Bradwall to practice letting him jump out of his rhythm more were sadly scuppered when poor Bradwall was deluged – its hard to believe everything was so wet not that long ago! We rerouted to do some showjumping instead and after a good round in the 1.10m, had our first try at the 1.15m. What a difference 5cm makes! At 1.10m I’m confident and starting to refine my technique. At 1.15m I felt ragged and incompetent and it was all I could do to get round. I came out the ring feeling like my dream of doing an international competition was ridiculous since I couldn’t jump 1.15m without turning into a jelly and riding like one too. We know Corey can do it though so obviously its me that needs more practice!

Next was Llanymynech; an event I really enjoy and where I’ve had some good results over the years. I must admit feeling quite gutted when I saw pictures of the Chatsworth track, looking like Cobs and I could have smashed it, but I decided my guardian angel must have their reasons… Clearly not dressage related reasons though; Corey was tense and despite calming down somewhat in the warm up we made quite a few uncharacteristic mistakes. However the day got better; with minimal nerves we kept all the rails up in the show jumping and then I rode for, and got, the rhythmical cross country round we’d planned for Bradwall. We put in such a fluent performance in fact that we were inside the time for the first time ever at novice and achieved a lifetime best of 4th place! 3 points!!

At this point I’ll take the opportunity to apologise to anyone that follows my blog for the slow updates. I should have been blogging about my result at Llanymynech earlier, singing it from the rooftops in fact… all I can say is that my optimism for time and energy after a day at work was quickly proved wrong and anyone with tips on how to fit a job, two children and a horse into a single day please write to me! I’ve already got Al cooking my meals and have given up on the idea of a tidy house so maybe I’ve no hope!

After a great flatwork tune up with Paul Hughes we had another crack at the 1.15m BS at Cheshire Horse Show – this time feeling less terrified and having just 1 pole down; good progress. Then on to Brand Hall; which is the opposite of Llanymynech in that it holds quite a few demons for me (see blogs from 2016 and 2017 for proof!) that I was determined to scare off. We went for a “clear round” in the dressage and got a consistent test with virtually no errors. A confident round in the jumping for just one pole was good for a track that was causing many issues. The cross country excited me; it had questions and was challenging many people but I knew we could get round and enjoy it. For the first time ever I felt like I used to when I competed Danny – that we might not go clear but we could still complete and have fun. Well, we had an absolute ball. Corey misread the skinny into a wood at 8, stopping at the very last minute, but having been shown there were no gremlins behind it, he came back and jumped it confidently second time of asking. We cleared the corner at 9 and kicked on to jump the rest of the course without problems. It might sound counter-intuitive but I was over the moon. To be able to walk a really technical track without worrying I might get eliminated, to have a problem but get past it so quickly and to finish having so much fun feels like a massive milestone. I definitely feel like we have now “made it” at novice and that we are back to doing what we love most, eventing for the sheer fun of it.

Our latest run was at the Pony Club’s area qualifier round Somerford. They never make it an easy track there and I was hoping that it would both challenge me and give me the confidence to enter Somerford’s International class. Corey has started to struggle with tension in warm ups so we used this dressage as a practice for different ways of releasing his neck. He was so relaxed throughout his test that Mum cried (admittedly not that unusual).
He had one down in the jumping, and although it wasn’t as fluent as I’d hoped, there were a lot of things I did well and we’re moving in the right direction. We started the cross country a bit out of sync from each other but soon reconnected. He was convinced that I was taking him the wrong way because the course didn’t quite follow the normal BE route, yet he was jumping and trying his heart out. It was exactly how I think cross country should be; maybe not foot perfect but rhythmical and ‘making it happen’. The biggest question for me came at the water 3 from home; a hanging log dropping in to the pond, which was the toughest water jump I’d ever faced. You’ll all know Corey well enough by now that of course he didn’t even blink and I couldn’t help but laugh as we pushed for the finish!

So, after 10 years of training, very little blood but a lot of sweat and bucketfuls of tears, we have decided we are ready. The tailcoat is coming out the wardrobe, the FEI registration is done and Corey is taking me to my first international competition in over a decade. Nicki showed that Cobs is capable of getting a place at an international, and I won’t exactly be forgetting that possibility, but my overarching goal is to enjoy it. My colleagues think it very funny that this ‘international’ competition is 20 minutes down the road, but I doubt Harry Meade thinks Badminton is any less of an achievement just because he can hack there. I got frustrated two weeks ago that I don’t have time to school out all the imperfections, but that did me a favour. I’m not going to make everything perfect but I can (hopefully) make everything fun. 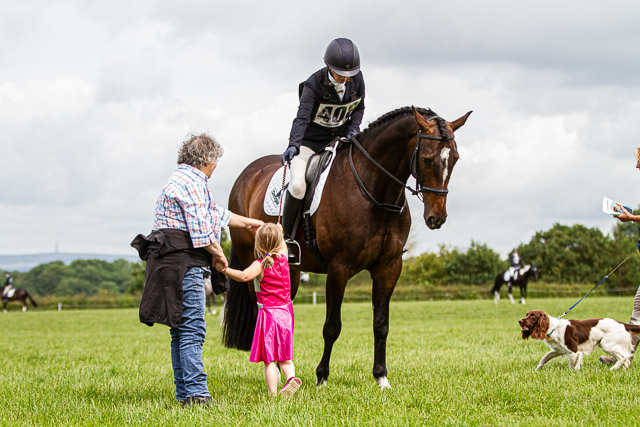 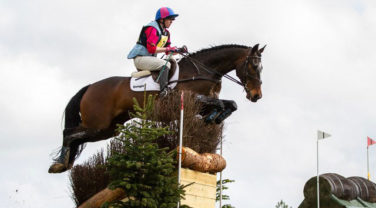 We started the eventing season with a novice run at Lincoln. This is the first time I’ve ever deliberately started a season at novice and I did briefly wonder at the wisdom of trekking halfway across the country when I could have had a 100 run much closer to home.