Posted on 26th July 2022 and written by Dengie Feeds

We had a fairly quite start to June as my ankle took its time to heal! It was very frustrating to miss out on the next 2nd round at Wellington in June. We ventured out to Badgeworth arena at the end of June to jump a couple of classes. Lambos attention span isn’t great when he has had a break and true to form, we had a little mistake in each both classes for a four faultisis day! We then went to Chard the weekend after for their 3-day show. We jumped the 1.05m Speed Class coming 4th and then also jumped the Newcomers for one pole down, but he had improved quite a bit from the weekend before just in time for the 1.05m/1.10m Grand Prix on the Sunday. We arrived a little late on the Sunday and had a very rushed first round, but managed to scrape a clear round! We then decided to go all out for the win as there was a rug up for grabs and I have been dying to win a rug for ages! Lambo was super and completely on form and won the class! 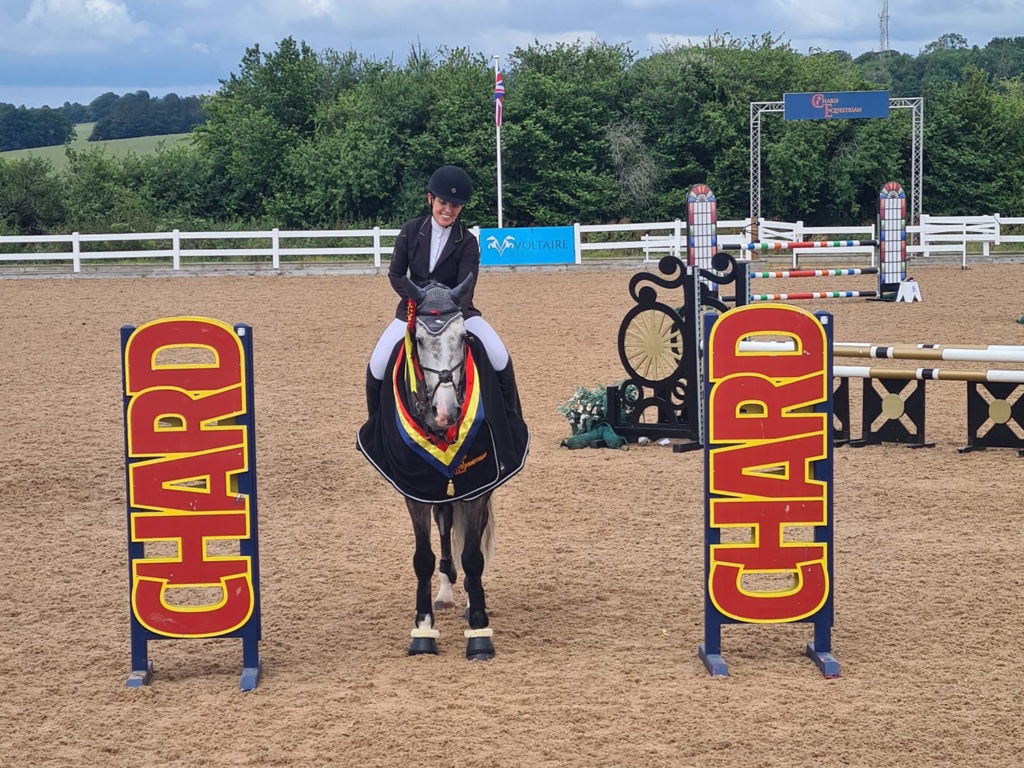 He has also shown what a handy pony he can be this month letting me take the rubbish out on our way out for a hack and even offering to lead Scrappy in from the walker!!

I gave Lambo the weekend off after his win as I believe he had earned it before heading to the PONY Mag Big Day. I had no idea how Lambo was going to react performing in front of such a large crowd, but he handled it like a total pro. I was very glad to have some extra Alfa-Beet with me as the temperatures have been crazy of late, so I was safe in the knowledge he was well hydrated. Because of the high temperatures forecast for the Sunday I made the decision to tackle the 4-hour drive back over night. I’m fortunate to have a fan in my lorry, but I just wanted to be safe and secure in the knowledge it wasn’t too hot to travel him, or risk getting stuck in traffic where everyone is heading to the beach!

We have Chard planned again for the end of the month, and I might just make it there with Scrappy too! She had a mystery illness where she had strange lumps come up all over her, we seemed to get that under control then she got a big leg, thankfully we scanned it and there was no damage so she had just banged herself in the stable! She is now back in work and we will see if we can have her ready for Chard at the end of the month, however it might just be one weekend too soon. 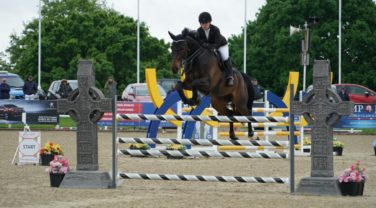