Posted on 8th April 2022 and written by Dengie Feeds

We started March at Chard with Lambo and Scrappy. Scrappy jumped a super double clear in her first class and would have won, but there wasn’t enough competitors in the class to award prizes! In the second class the mist really set in and I don’t think she could see a fence until the last minute and got a shock, so it resulted in a circle for us. Lambo had his first show in 6 months and came out as fresh as was expected! He jumped a lovely double clear just having a silly spook at the photographer on the way round.

Then Connie and I set off for PONY magazine’s Big Day Out at Arena UK where we gave a jumping demonstration to around 700 people! I was very proud of Connie as she has never done anything like that before and behaved like a total pro! When we arrived home, our new fence and been delivered which was very exciting! 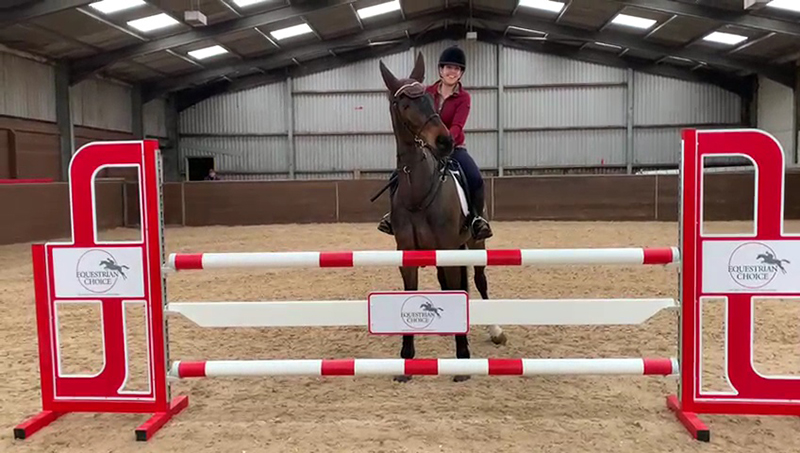 After this I finally got struck down by Covid-19 and the horses missed the next show planned, although I was glad to get it before the Blue Chip Championships this week. However Connie and Scrappy had other ideas! Scrappy managed to be silly in the field and get a sore back, but she is back in work and should be ok to jump again this coming weekend. Connie managed to injure herself in the stable and after a vet visit it was decided the best thing to do would be to miss the Championships this week. I was devastated, but these things do happen and that’s horses for you. They don’t know what shows are coming up and how much it means to us! With just Lambo in the running for the show I’ve decided to give it a miss and rather concentrate on the ones here at home. 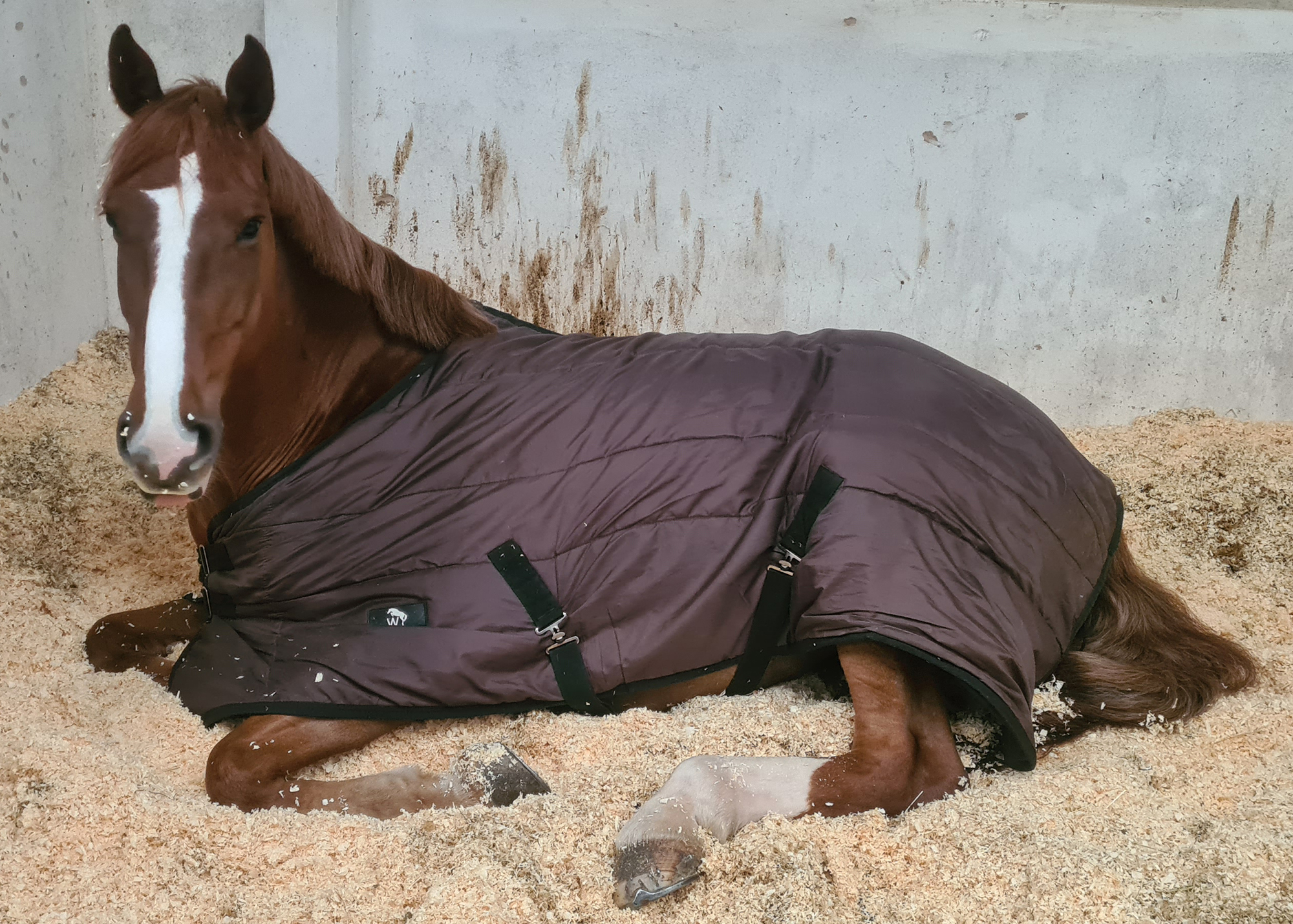 So my revised plan for April is a local show this weekend coming and the weekend after, as well as a visit to Chard mid-week before heading to the international at Wales and West with Connie and Scrappy at the end of the month. Babe is coming on really well, going on her first hack this month and I am planning on starting her jump training soon! The outdoor school is finally getting a surface and the first truck of 18 loads has arrived! 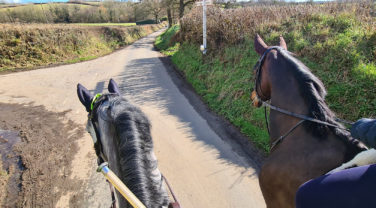 The team have had a quiet February, however we still made it out to a few shows with Scrappy contending the Blue chip Diamond Qualifier!