Fitting everything in by Tanya Buckingham-Lloyd

Posted on 23rd June 2017 and written by Tanya Buckingham

It’s been a rather hectic few weeks with loads of teaching, competing and visits from physio’s, saddle fitters, blacksmiths and the vets to do dental work and routine vaccinations!

We have been to various different events…Candy had an intermediate run at Bishop Burton and was a star, she did a 29 test, one down and a lovely steady clear XC to finish just out the top ten! I went slowly as she was at Little Downham the following week again in the intermediate, but this time HC as we had acquired too many points so she is now out of normal intermediate classes and unfortunately the OI was full! She was a little excited in the dressage but still managed a respectable score of 32 and jumped well to just tap a pole and then another lovely clear XC. We were however held on course as the poor girl in front of me fell off, luckily the girl was fine and Candy wasn’t phased by the hold!

The younger boys went to Warwick Hall and were on fab form! Stan did a cracking test of 24.8 and double clear to finish 2nd in the 90 and Skip did a 23 test and double clear to finish 3rd in the 100! Very clever ponies! They then went to Belsay…both were a little more on springs in the dressage due to spotting the bouncy castle! I made the decision not to run them as the ground was hard and they have plenty more to do the rest of the season! They both then went to Kirkley Hall, both in the 100 this time. They both did respectable tests and then Stan jumped a lovely clear and Skip was unlucky to have a pole and both had a steady pop around the XC clear! 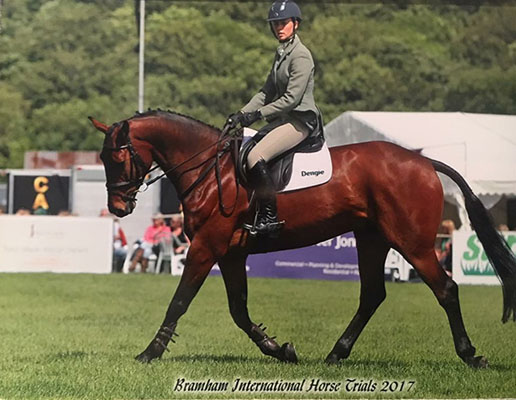 In between these events I have been doing some Burghley Your Event Horse (BYEH) 5-year-old classes. Stan went to Hambleton, Yorkshire Sports Horse and then Bramham and has been a total super star at all 3 but sadly the judges don’t seem to like the smaller horse (he still thinks he won) Edna went to her first BYEH at the Yorkshire Sports horse show and behaved very well on the flat, but sadly the atmosphere was too much in the jumping and she started to jump higher and higher and worry herself, so I made the decision to pull her up and save her for another day!

Last weekend we made the long trip down to Nunney International in Somerset! Stan was in the BE 5-year-old section and was a little star! A little blip in the dressage pushed him half way down the order, but he pulled off another lovely double clear to finish on his dressage score! The track was in my opinion more like a little novice so I was thrilled with him! Candy was in the CIC** and she did an ok test. We had some lovely moments and then a few small blips to score a 52. She showjumped beautifully but sadly we had the 1st fence down (more my fault than hers!) and she’s Frustrating day! She was going amazing xc up until 4 from home which was a double of corners on a sharp left hand turn and I lost my power steering to the 2nd one and jumped the wrong side of the flag! Turned round jumped it fine and then I retired as there was no point as 20 faults isn’t a qualifying score! Never mind, new steering wheel is required I think!

I have to say all the horses are looking fantastic on their Dengie diets! Lovely shiny coats and happy in their heads! Fibre is definitely the way a head!

Onwards and upwards to the next few shows ! 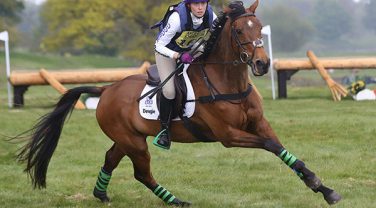 We have had another busy fews weeks here. Candy was at Floors Castle in the CIC* - our first international together! Stan also went up to Floors to do the Burghley Young Event Horse 5-year-old class.