Posted on 21st December 2015 and written by Brook Howells

I’ve been doing some different training now the winter is here, to take advantage of having some time before eventing starts again to play around. I got lots of ideas from Your Horse Live – a really inspiring set of demonstrations and a nice opportunity to catch up with the Dengie team in person – and have been doing more skinny jump practice as a result. My practice fence is so skinny I’m not convinced my knees can fit through it! I am now managing to ride at it in a relaxed way with neither a pushing seat or a fiddling hand, so I reckon the practice is doing the trick.

Schooling without an arena is harder at this time of year because the field gets quite muddy, but it is not awful and I have the space to pick different spots each time I go out. It encourages me to spend a shorter time doing good work rather than pottering about a bit aimlessly for a while too. I go for lessons on arenas and I’ve also been for a lesson on a mechanical horse, to focus on my position. The first time I went for one of these lessons (about 3 years ago) I couldn’t walk when I got off, so I was a little worried about how hard it would be. It was fascinating though – she explained how my pelvis has moved since having a baby, gave me some really good exercises and for interest (NOT to repeat on Corey) had me doing sitting trot sat backwards on the horse! I’ve had a lesson from the same teacher (Lisa Pritchard of The Modern Horse) with Corey too and it was great. She had some really good ways of explaining what I need to work on – my favourites were to imagine a big dragon tail pulling my seat down and to think “Corey’s drama is not my drama” (in other words, relax!). I look forward to going back for another lesson there. I tried to put some of it into practice at my next dressage competition too and was very pleased with how he went to get a 2nd in the elementary and a 3rd in the medium, though Corey’s drama and enthusiasm did rather dominate in the latter as it was definitely forwards!

I also went to a show jumping and cross country technique clinic with local (and olympic) eventer Andy Heffernan. I’ve had a few lessons with Andy over the years and I really like his style; for example on this occasion he had me jumping one-handed to try and stop me fiddling quite so much, which was a good challenge. Video footage of this has sadly been lost sadly as the phone used has died but if we can restore it, I’ll tweet it! In the show jumping session I was learning a lot and gaining better understanding of Corey’s faults, but felt I was struggling to ride well and getting frustrated. Then when I started the cross country session (over solid fences in an arena) I remembered why I have avoided group cross country lessons – Corey will stand patiently as he waits for his turn but then is too keen to get going and loses some of his brain once he is allowed to jump. I was trying to not interfere so much and let him do his job, but with him being so enthusiastic (and what felt a bit careless with it) I just couldn’t do it. Unfortunately, I was already quite stressed before the lesson and on top of that I was even more sleep deprived than usual; I realised that I was actually too tired to function properly and as much as I wanted to persevere, I could feel that I didn’t have the strength of mind to overcome my usual habits. Only five minutes into the cross country session I decided to call it a day. Discretion is the better part of valour, as my Mum would always say.

After this, I fell into a bit of a slump, feeling like I couldn’t ride well and novice eventing was a daft idea. I have some deep seated confidence issues when I’m jumping that express themselves through my need to have complete control of strides etc and given that I am absolutely useless at seeing a good stride, this is problematic and very frustrating. I considered going back to the psychologist that helped me many years ago. I worried that perhaps it’s too deep seated a problem and always will be. I even wondered if I wasn’t cut out to be an eventer and thought about doing just dressage, mainly because I’d gone for a hack round an old quarry and got scared at the thought of Corey galloping off despite his actually [nearly] impeccable behaviour. I went to a riding club competition and withdrew after a very nice clear round at 1m because although I’d ridden it well, every time I looked at the jump off fences I couldn’t imagine riding to them without interfering too much and getting even more frustrated. My winter of training in preparation to crack on at novice next year looked set to be more like a winter of just trying to get my confidence at 1m back.

However, what has really helped me sort my head out is looking back over past blogs and videos of my jumping and seeing how well I was doing. I wasn’t interfering that much, I was able to relax, I was even able to tackle a 1.20m track! This wasn’t footage from years ago, but from this summer. That has really helped me put this month in perspective as what it was – a blip. A slightly deeper blip than usual maybe but not a world ending one. It is really interesting how quickly confidence can disappear, and I suspect the opposite is not so true. It won’t come back as quickly as it went so I’m going to take my time to climb out of the blip, to build a stronger base of confidence. So I’m still going to aim high and I’ve already eyed up my first novice run of 2016 in the hope that I will be ready…

Talking of 2016, it is nearly upon us. So I hope everyone has a great Christmas, enjoys the celebrations and is looking forward to emerging on the other side ready for the eventing season to begin again!! 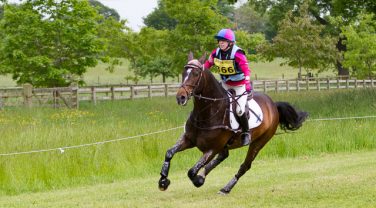