Allergies in horses – fact or fiction?

Posted on 6th January 2021 and written by Katie Williams

Symptoms including itchiness, over-excitable or irritable behaviour and loose droppings are often described as allergies by horse owners and are attributed to various different ingredients including molasses and alfalfa. But can horses have allergies? Are they truly allergic reactions and if so, how do we best manage them?

What is a food allergy?

A food allergy is defined as “an immune-mediated adverse reaction to food”. In practice this means that the body has a reaction to a food which would normally not cause a problem for most individuals. Food allergies are triggered by allergens such as specific proteins found in some foods. Horse food allergy symptoms range from a mild condition such as urticaria (lumps and bumps on the skin that may or may not be itchy) to very serious conditions such as anaphylactic shock caused, for example, by peanut allergy in humans.

What is food intolerance?

In contrast to an allergy, food intolerance is a non-immune mediated adverse reaction to food. This type of reaction does not involve the immune system and tends to illicit milder symptoms than a food allergy. An example would be lactose intolerance in humans.

How common is food allergy and intolerance in horses and ponies?

Food allergy and intolerance is a poorly researched area of equine nutrition with most texts stating that true food allergy in horses is rare. Horses with a food allergy are likely to exhibit symptoms such as urticaria all over their body and not just within one location such as under the saddle where contact allergies may occur.

When it comes to food intolerance, the definitions of this in horses is much hazier. The reason for this is that many people would describe a change in their horse’s behaviour, such as becoming more excitable, as an intolerance to a type of food when in fact there are many other issues that could be involved. For example, excitability in horses may be related to the amount of energy consumed in relation to workload, variability in exercise level and even environmental factors such as how windy it is.

Alfalfa allergy in horses – is it a thing?

In theory horses can be allergic to a range of different ingredients including alfalfa. Horses may be allergic to a particular protein in an ingredient which could trigger an immune reaction which means the ingredient should be avoided. Symptoms such as grumpiness or loose droppings are more likely to be due to an intolerance which is often correlated to the amount of an ingredient that is fed. For example, some people say they can’t feed Alfa-A to their horse because it contains alfalfa but are using Hi-Fi which contains around 45% alfalfa, without problems. As avoiding some commonly used ingredients altogether can be tricky, it is advisable to differentiate between an allergic reaction and an intolerance in the first instance and then determine whether the horse can cope with smaller amounts in their ration.

An elimination diet is really the only way to determine which ingredient is causing the issue and it is important to consider other variables that could be contributing to the problem too and that may not be visible such as stress and pain.

Managing an allergy or intolerance

Our recommendation is to start with a clean slate or an empty feed bucket and reintroduce different ingredients. Mono-component feeds such as Dengie Pure Grass Pellets are a great way to get started – reintroduce one feed at a time to be sure you know which ingredients have no effect. Straights such as micronized linseed, unmolassed sugar beet and grass pellets can make a great combination for horses with allergies or intolerances to feeds such as barley, molasses and alfalfa.

In addition you will need a source of vitamins and minerals which can be fed in the form of a powder supplement or a balancer. Balancers will contain a range of ingredients and so supplements are often easier to use as they are just vitamins and minerals with a base carrier ingredient usually included at low levels. Both Dengie Leisure Vits & Mins and Performance Vits & Mins are cereal and alfalfa free and so are the ideal complement to a straights ration.

Other Alfalfa Free Feeds in the Dengie Range

If your horse is allergic or intolerant to grass but not alfalfa then the Hi-Fi range, which combine alfalfa and straw, can be used as forage replacers. Feeds like Dengie Alfa-Beet which combines alfalfa and sugar beet are also ideal for providing more fibre without using grass. It is possible to use oat straw as long as it is introduced gradually as a partial forage replacer too – it is recommended to use approximately 30% of the horse’s forage requirement as straw each day. Straw wouldn’t be ideal for those with dental issues and so please do contact our Feedline team for more guidance if you’re not sure what to do for the best.

When it comes to food allergy and intolerance there are a lot of common feeding myths to be dispelled!

My horse is allergic to protein – fiction!

This is a very common misunderstanding often due to the fact that some allergic conditions in horses such as urticaria are also called protein bumps. An allergy is not caused by the amount of protein found within the diet, but instead by a specific allergen, which is a specific type of protein, found in some foods. For example, if a person was allergic to the protein in peanuts they could still eat meat which also contains protein.

My horse is allergic to sugar – fiction!

Molasses is often said to be the cause of allergies and because it has a high sugar content horse owners assume that all sugar is going to have the same effect. This is not the case as sugar is present in all commonly used plant materials for horses such as grass, cereals, alfalfa and sugar beet, albeit at low levels. If a horse was allergic to sugar there would literally be nothing they could eat.

My horse is allergic to cereal grains – possibly

It is possible for some individuals to be allergic to cereal grains as some are known allergenic foods and this may result in symptoms such as urticaria and itchy skin. Rice is often referred to as hypoallergenic and so may be a suitable alternative to other cereals. 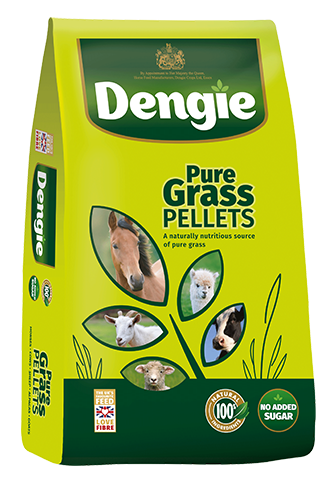 Simply 100% naturally grown British meadow grass, with no added sugar. High in fibre and suitable for horses, ponies and other animals. 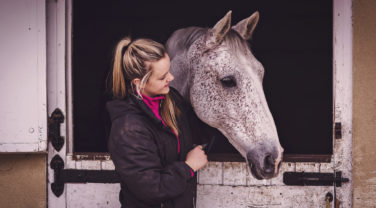 Understanding your horse's digestive system means that you can feed more sympathetically and keep your horse healthy.