Posted on 2nd October 2018 and written by Dengie Feeds

267 respondents completed a survey online, of which, 61% suspected or knew their horse had ulcers.

Awareness of the key strategies for reducing the risk of EGUS was high with the most commonly mentioned as follows:

However, implementation of these strategies by those who had horses with EGUS was lower. Only 67% were increasing access to hay/fibre and 57% were increasing turnout. This may be because of livery yard restrictions and so on and it is apparent that horse-owners are not always able to implement every recommendation.

However, other easier to implement measures are not being used as widely as they might either. Only 56% were feeding a double handful of chopped fibre shortly before riding, for example.

Even more surprising is the much lower than expected avoidance of starch/cereal – 38% of people are not doing this despite it being pretty much universally accepted as being beneficial due to the increased acidity in the stomach generated by feeding cereals.

Encouragingly, owners are generally turning to professionals such as vets and nutritionists for the best feeding and management practice, whose advice is founded on evidence-based principles. 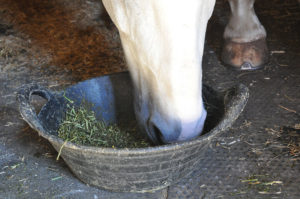 It was very pleasing for us at Dengie to see that we were the company most frequently listed by horse-owners as being one they would go to for advice or products for horses with EGUS. We are fortunate that alfalfa is the basis of most of our product range and so our feeds are all inherently low starch, high fibre and therefore generally suitable for horses with this syndrome. However, we also have three products independently approved with the BETA mark for feeds suitable for horses and ponies prone to EGUS.

It is vital to stress the independence of the BETA scheme — any approved feed in the scheme is subjected to independent scrutiny including by the government agency the Veterinary Medicines Directorate. As such it is the only truly independent mark relating to this condition.

Impressively, 83% of respondents were aware that there are two types of gastric ulcers; those affecting the glandular region and those affecting the squamous region. This is important as we are really only just starting to understand the factors that contribute to the problem and how to manage it. 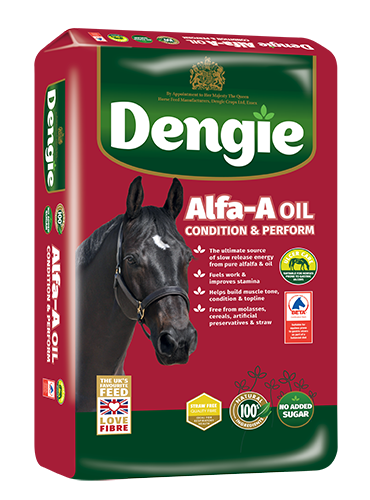 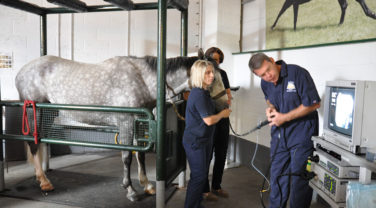 Keeping horses comfortable, at a healthy weight, and working happily are all challenges that face everyone who owns or cares for a horse or pony with ulcers. Equine Gastric Ulcer Syndrome (EGUS) affects roughly 40% of leisure horses, 60% of competition horses and up to 90% of racehorses.