Prebiotics and Probiotics for Horses – Explained!

Posted on 10th April 2008 and written by Katie Williams

You have probably seen advertisements on the TV encouraging you to ‘top up your friendly bacteria’ and might be aware that similar products are available for horses. If you don’t know the difference between a probiotic and a prebiotic and wouldn’t know where to start in choosing a supplement to use for your horse, let alone what the best probiotic/prebiotic for horses is – you’re not alone and this article is for you!

The role of bacteria in the horse’s gut

Various by-products are produced as a result of fibre digestion, including B vitamins such as biotin. The bacteria themselves are also an important part of the immune system, so help to maintain the overall health of the horse. The old adage ‘health comes from within’ really does apply, as poor-quality hooves, a dull coat and weight loss can all be related to an unhealthy digestive system.

What’s the difference between a probiotic and prebiotic?

The term probiotic is often used to describe products that contain either bacteria or yeast (which is a fungus) because they are both ‘alive’ and have positive effects on the health of the gut. Currently, there are no bacteria approved for use in horses, so, if you are buying a product described as a probiotic, it is likely to contain live yeast. In contrast, prebiotics (including mos prebiotic and fos prebiotic) are substances that have an effect on the microbial population in the gut but are not actually live.

Live yeasts are considered to be additives and should be approved under EU legislation. To gain approval, evidence supporting the effectiveness, safety and quality of the product has to be provided for different age groups.

The most beneficial effect of feeding live yeast to horses is that it increases fibre digestion, which simply means that a horse should be able to get more energy from the fibre it eats. If the fibre in the horse’s diet supplies more energy, it should mean that less concentrates can be fed, which is beneficial for health and behaviour.

The use of prebiotics in horse feed

The bonds that join FOS prebiotics together can’t be broken down by the enzymes in the horse’s gut (just like fibre). Only certain types of beneficial bacteria in the digestive tract can break FOS down and utilise the energy to thrive and reproduce. By increasing their numbers, beneficial bacteria can keep harmful species at bay – a process known as competitive exclusion.

A study presented at the Equine Nutrition Conference in Hannover, in 2005, investigated the effects of FOS prebiotics in different parts of the digestive tract. The researchers found that horses supplemented with FOS had less acidic digestive tracts than those that weren’t supplemented and suggested that this could help to reduce the risk of problems such as gastric ulcers. Obviously, this research would need to be repeated before a definite claim could be made.

Mannan-oligosaccharides originate from yeast cell walls and, whereas FOS prebiotics are often referred to as a ‘lunch box’ for specific bacteria, MOS prebiotics act like sticky sponges that mop up pathogenic (harmful) bacteria such as E. coli and salmonella, and carry them out of the gut. If harmful bacteria can’t get established in the gut, the horse remains healthy.

Use of probiotics in horses

The use of probiotics in horses usually generates considerable debate because there has been little research specific to horses. Preliminary studies to identify the best bacteria to include in an equine probiotic were carried out a few years ago, but we are a long way from seeing the findings of these studies being developed and converted to finished products on the market. Please note that no bacterial probiotics are approved for use in horses and so are not legal for use in the UK for horses.

Which horse feed supplement should I use?

This really depends on a number of different factors. Apart from good doers, all horses would theoretically benefit from being able to get more out of the fibre that they consume because it would mean less cereal-based feed could be used, which is good for the horse’s health. So deciding what the best probiotics and/or prebiotics for horse actually are continues to present a number of different challenges. Anecdotal reports suggest that FOS prebiotics are useful for those most vulnerable to digestive upsets, such as the young and the old, particularly those that get loose droppings.

Help and advice with horse feed supplements to enhance digestion

If you have any queries about whether a digestive enhancing supplement might be of benefit to your horse, telephone the Dengie feedline on 01621 841188 or email [email protected]. 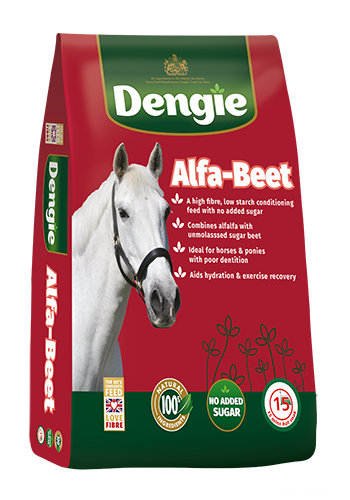 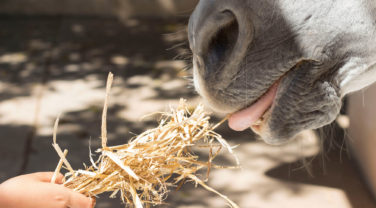 In the UK, feeding straw to horses as the sole forage source is rarely done. However, straw can be a really useful feed ingredient particularly for diluting more nutritious fibre sources so the combination can be used to maximise chew time for good doers.