Posted on 1st April 2022 and written by Dengie Feeds

Why is Alfalfa so good for Breeding & Youngstock?

Alfalfa is relatively abundant in nutrients important for breeding and youngstock, but just how significant a contribution is it making and with so much confusion surrounding developmental problems and diet, is alfalfa safe to use for those with Developmental Orthopaedic Disease (DOD)?

How much protein and lysine does Dengie alfalfa supply?

Whilst the amount of protein in the horse’s diet is important, so is the quality of the protein supplied and by protein quality we mean the essential amino acids.

Alfalfa is often said to be too high in protein because the percentage level looks high but when the amount fed is taken into account, the levels are perfectly acceptable and may not even be enough for breeding stock! Dengie’s Alfa-A range typically supply 12-14% crude protein and 0.7% lysine. For comparison, the NRC Nutrient Requirements of Horses gives a reference value for mature cool season grass hay at 10.8% protein and 0.38% lysine. Alfalfa therefore supplies 1.8x as much lysine as average hay.

A 500kg mare at 1 month lactation requires a staggering 84.8g of lysine compared to 30.1g for the horse in light exercise. A diet of 10kg of average hay and 2.5kg of a pure alfalfa product will supply 55.5g of lysine and so there’s still a shortage. The other factor to consider is that not all hay is average and there will be large variations between years and batches. A forage and alfalfa only diet for breeding and youngstock should therefore be topped up with quality protein and other nutrients by using the advised amounts of a stud specific feed balancer, such as Performance+ Balancer or if required mix/cube. 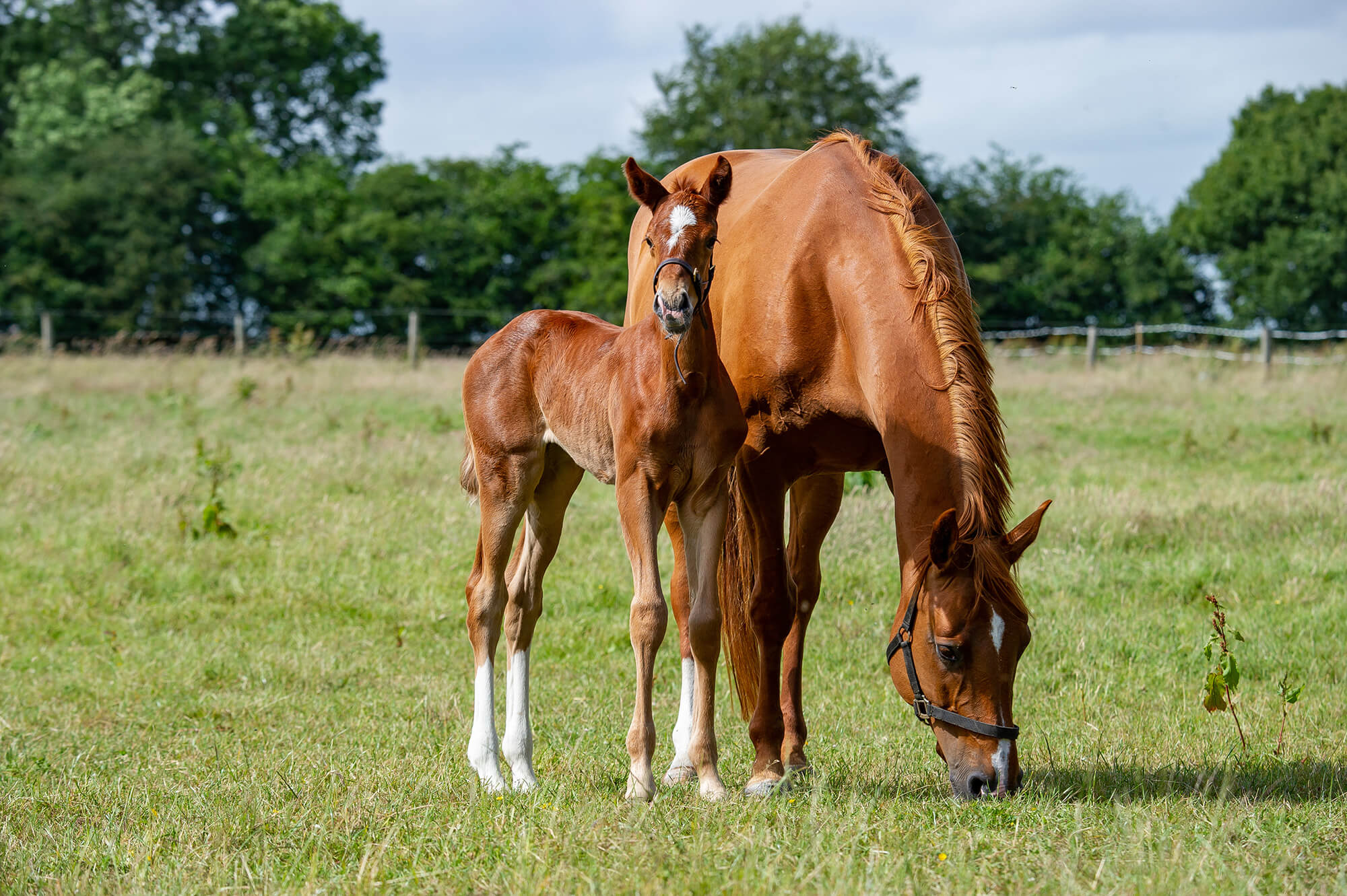 The importance of calcium

Calcium is found predominantly in bones and also plays a role in muscle contraction, cell membrane function, enzyme regulation and blood coagulation. Any deficiency of calcium will mean that stores in bone are drawn upon to meet demand and therefore a deficiency in calcium in young horses can result in skeletal deformity. It is not only the intake of calcium in the youngster that is important, but in the mare as well, as the majority of calcium present at birth is deposited in the 8th to the 11th month of gestation.

It is not only the amount of calcium in the diet that’s important, but its ratio to other minerals particularly phosphorus. An excessive intake of phosphorus even with an adequate intake of calcium can result in calcium deficiency as they compete for the same site of absorption. Ideally the total diet should provide a ratio of in the region of 1.5-2:1 calcium (Ca) to phosphorus (P).

How much calcium does Dengie alfalfa supply?

Dengie’s Alfa-A range of feeds supply 1.5% calcium. For comparison the NRC Nutrient Requirements of Horses gives a reference value for mature cool season grass hay at 0.47% calcium. Alfalfa therefore supplies 3x as much calcium as average hay. If alfalfa was fed as the sole forage source such as in the form of alfalfa hay which is done in countries such as the USA, it would over-supply calcium, but at Dengie we put an upper feeding rate on the pure alfalfa products of 500g per 100kg of bodyweight daily to avoid excessive nutrient supply.

Going back to the calcium to phosphorus ratio, alfalfa has a ratio of 6:1 Ca:P which is higher than the 2:1 we try to achieve in the total diet. However, when we talk about Ca:P it is important to remember we are talking about the total diet and not just 1 element. A 500kg horse having 10kg of hay with the addition of 2.5kg of alfalfa will result in a Ca:P ratio of 2.6:1

Ratios as high as 6:1 Ca:P haven’t been found to cause any issues as long as phosphorus requirements are met. Whilst there is unlikely to be any advantage to feeding calcium in such excessive levels it isn’t going to cause harm. It’s important to consider that 2.5kgs of one of the Alfa-A range is around 6.5 large Stubbs scoops per day so the vast majority of horses are not fed anywhere near this amount.

Again it is important to remember that average figures are just that and not all pastures or forages supply this amount of calcium and some can be much lower. For breeding stock it highlights the value of getting forage analysed as low calcium forages can easily be supplemented with alfalfa to improve nutrient supply where required. 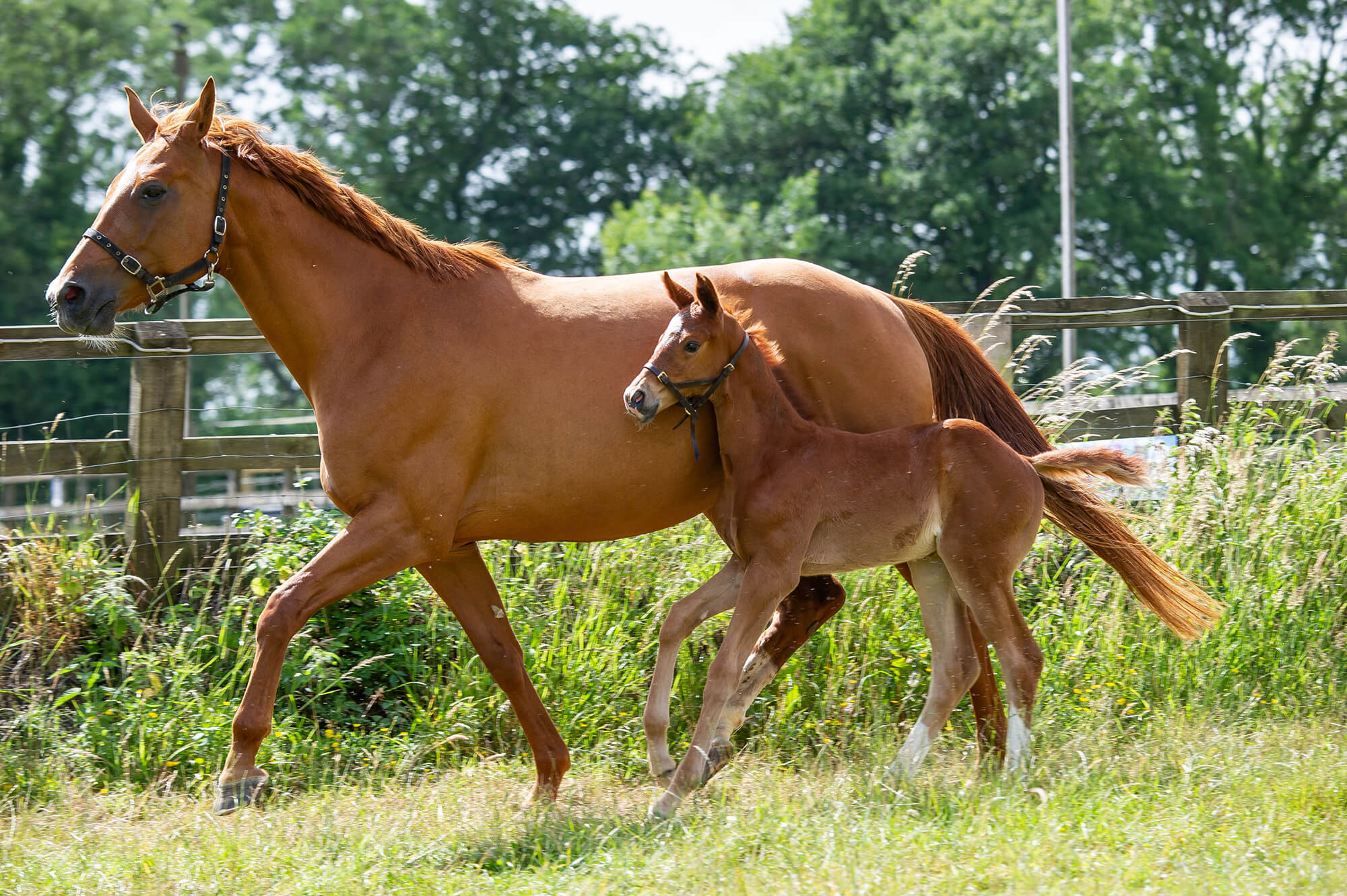 Having adequate energy in the diet is vital for optimal growth. How useful a fibre source is to a horse in providing energy is dependent on its digestibility. This is determined by many factors including environmental conditions, but particularly by the age of the plant at the time of harvest. The more mature the plant, the less digestible it is. Dengie alfalfa is cut when the plant is not fully mature and this combined with precision drying techniques results in a more digestible, highly nutritious fibre source.

In recent years there has been increased interest in looking at the effect of energy source on growth and long-term health. Focus in particular has been on lower sugar and starch rations and the benefits to long term insulin sensitivity, behaviour and stress at weaning and digestive health to name just a few. As with the adult horse, high starch rations at the expense of fibre has its consequences.

How much energy does alfalfa provide?

Dengie alfalfa naturally supplies around 10MJ/kg of digestible energy. When oil is added to alfalfa as with Dengie Alfa-A Oil 12.5MJ/kg digestible energy can be achieved which is equivalent to a stud mix/cube in terms of energy level but with only 2% starch. When combined with oil, alfalfa can supply as much energy as a traditional stud feed and as long as it is combined with a stud specific balancer, such as Dengie Performance+ Balancer, can provide a good all round balanced ration.

Whether it can meet the energy demands of breeding stock in practice often depends on what type of horse is being fed. A Jan/Feb foaling mare has her highest energy demands when grazing quality is poorest and reliance on conserved forage is high. Alfalfa can make a great addition to the ration here, but extra energy may be required through the use of mixes and cubes. Conversely a mare foaling in May/June has her greatest energy demands through a period of time when grass is typically abundant and is likely to thrive on a fibre only ration with the addition of a stud specific balancer.

Is alfalfa suitable for a youngster with Developmental Orthopaedic Disease (DOD)?

DOD is the umbrella term used to describe growth-related problems. These can be very obvious and easily recognisable such as contracted tendons where the foal appears to be walking o tip-toes, or they can be much more subtle and difficult to definitively diagnose such as Wobbler Syndrome. DOD is a multi-factorial problem and some of the factors are easier to influence than others. One of the most difficult to control is that of genetics and so it is important to consider that sometimes problems will occur regardless of how much effort you put in to try and avoid them. A contributing factor that can be influenced is nutrition. For a long time, high protein intakes were attributed as a cause. This is no longer thought to be the case and it is now understood that high energy rations especially when combined with insufficient mineral supply are the key nutrition related causes.

If a youngster experiences a period of sub-optimal nutrition which is sufficient to slow their rate of growth, they will catch up as soon as they receive a higher plane of nutrition. This can result in “compensatory growth” and may result in a weaker musculoskeletal structure and also potentially cause DOD. It is therefore vital to supply enough energy but not too much to ensure a consistent rate of growth.

Alfalfa can safely be used as an ingredient for youngstock, even those with DOD, if balanced with an appropriate source of vitamins and minerals. It is important that those with DOD are not starved as they will just catch-up later which can cause further issues. Providing a balanced but low energy ration is key.

*Terms & Conditions: This competition will close at 11.59pm on 30th April 2022. One entry per person. One lucky winner will be selected from the correct entries and be notified via email within 7 days of the competition closing. No cash alternative available. Entrants must be aged 18 or over. Open to UK mainland residents only. Click here for full terms & conditions 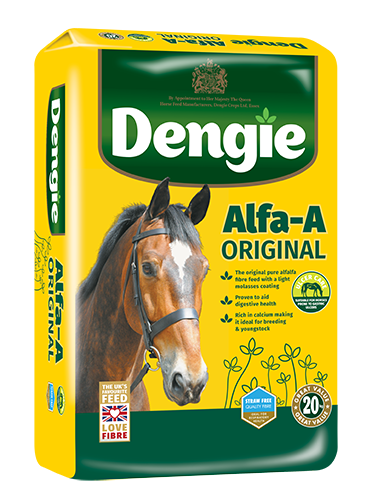 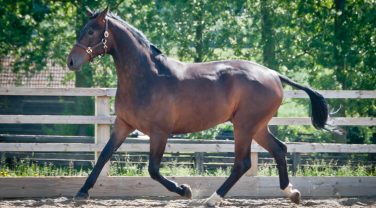