Posted on 17th June 2014 and written by Dengie Feeds

Dengie senior nutritionist Katie Williams, MSc (Dist), looks at the importance of maintaining the correct feed-work ratio as you prepare for the competition season ahead.

Getting the most from your horse

The start of the competition season is always an exciting time as memories of winter fade and you hope that all your hard work will be rewarded with success! Depending on the time and facilities available to you, winter can be a great opportunity to put in some serious training in preparation for stepping up a level or maybe just embarking on your first competition season. However, if the very wet weather has delayed your preparations, the first step is to make sure that your horse is fit enough for what you want him to do.

The general rule is to increase your horse’s work before increasing energy intake to try to reduce the risk of over-excitable behaviour or excessive weight gain. The exception to this rule is the poor doer, where the aim is avoid weight loss. Conditioning feeds based on fibre and oil are very useful in this situation because they supply slow- release energy and shouldn’t result in fizzy behaviour.

Fitness training is the ideal time to promote weight loss for those that are overweight and forage, plus a broad-spectrum vitamin and mineral supplement, is often all you need for good doers. Carrying excess weight can be damaging to health and performance, so spending the time getting the weight off now will be advantageous later.

Importance of a balanced diet

In simple terms, the level of vitamins and minerals an adult horse requires is determined by its body weight and workload, and its energy requirement is most often determined by its body condition score.
Let’s start with vitamins and minerals. These essential nutrients have a range of functions in the body, including working as antioxidants and being involved in energy metabolism and as components of tissues such as bone. It is apparent, therefore, why requirements for these nutrients go up as workload increases.

How do I put this into practice with my feeding regime?

However, to supply the correct levels of nutrients, the recommended amount of feed needs to be given. If you feed less than the manufacturer has recommended, your horse simply won’t receive the right levels.
It is common for horse owners to use less than the recommended amounts and, when questioned as to why they do this, there are usually two reasons – the horse becomes either too fat or too fizzy. Both scenarios relate to the energy the horse receives.

The matrix below shows that energy is needed for work and maintaining body weight or condition. Understanding where your horse fits on this scale should help to get the diet right – hopefully, the examples help, too!

Horse 1 – in heavy work but a good doer
Some horses are just naturally good doers and don’t need additional energy, particularly if they are forward-going enough and not too lazy. The temptation is to use a lower-energy feed, but this are also lower in essential vitamins and minerals. It’s fine to feed less energy, but the lack of vitamins and minerals can have an adverse effect on health and performance.
Top Tip: Top up with a balancer or supplement so that you supply all the nutrients the horse needs without additional calories.

Horse 2 – in light work but a poor doer
If your horse sits in the same place as Horse 2 on our chart, you will need to use higher-energy feeds to promote weight gain. You don’t necessarily need higher levels of vitamins and minerals because the horse isn’t in hard work, so fibre-based feeds with oil that provide slow-release energy are ideal, particularly if the workload is intermittent. These are often straight feeds, so using a supplement or balancer designed for horses in light work would be fine.
Top Tip: Use digestive-enhancing substances such as live yeast and prebiotics to help the horse get more out of the fibre being fed.

Where does energy come from?

Interestingly, energy is not actually a nutrient because it is not something you can see or touch – it is just changed from one form to another. Energy comes from many different sources and it is this that determines whether or not it is classified as slow -or quick-release energy.

The energy from fibre is described as slow-release. This is mainly because fibre is joined together by complex bonds that can be broken down only by bacteria and other micro-organisms that live in the gut. It can take several days for the bugs to break down fibre and release the energy that it contains.

Fibre varies in how easy it is for the bugs to do this and we use the term digestibility to describe this. High-fibre materials such as sugar beet and alfalfa are much more digestible than straw, for example.
Cereals are the opposite of fibre in that the starch they contain provides a quick-release source of energy. Starch can be broken down easily by enzymes present in the small intestine and reach the blood stream much quicker than energy from fibre. You might wonder, then, why foods such as porridge that obviously originate from cereals are recommended to help us stay fuller for longer when, in horses, cereals represent a quick-release source of energy? This is because humans don’t have the ability to break down fibre as a result of the absence of a well-developed population of fibre-digesting bugs.

Our digestive systems also haven’t evolved to hold on to the fibre long enough to allow bugs the time they need to break it down. For humans, starch from cereals takes longer to break down than simple sugars, so it represents a slower-release energy source, helping to reduce the peaks and troughs in blood sugar levels that sugary food and drink produce.

Electrolytes are often the cause of confusion and deliberation – horse owners wonder whether they are needed and when to use them. Electrolytes are minerals that, once in the body, dissolve and gain a positive or negative charge. They are involved in neuromuscular function and influence the movement of fluid into and out of cells.

Because electrolytes are water-soluble, they are lost through urine and sweat and, for competition horses, losses in sweat can be considerable, with hot and humid conditions significantly increasing the amount of electrolytes lost.

Horse owners often ask why electrolytes aren’t just added to a feed so that supplementing them isn’t required. Because electrolytes are salts, if they were included in feeds at sufficient levels to replace what is lost when working, the feed would taste very salty and probably be unpalatable to most horses and ponies. 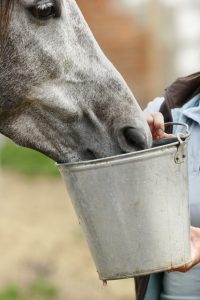 Significant losses of electrolytes result in fatigue and poor performance and, because they are water-soluble, they aren’t stored in the body, which means that horses in regular hard work might require a daily electrolyte supplement.

Alternatively, it is possible to use electrolytes around a specific period of harder work. There are contrasting views as to whether pre-loading before an intense work period with electrolytes is beneficial, but there is a definite consensus that replacing what has been used or lost is vital for aiding recovery – vital if you are competing on consecutive days.

Even if your horse isn’t in hard work but typically sweats heavily through excitement, for example, using an electrolyte supplement is likely to be beneficial. Remember that heavy breeds such as Cobs and natives tend to have bigger, thicker muscles and often have to work harder to remove the heat from their bodies when working. This often means they sweat more than a lighter breed doing the same level of work and could lose more electrolytes as a result.

If you would like to check whether your horse’s diet is right for the season ahead, why not phone our nutrition team on 01621 841188 or alternatively chat live online. 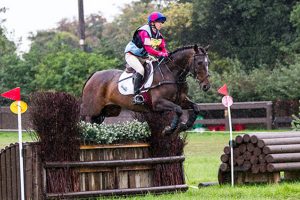 Brook Howells and Corey, aka Templebrook Boy, compete British Eventing on a diet of Dengie Alfa-A Original and Performance+ Balancer. They competed at the Badminton Grassroots Championships in May and hope to step up to Novice for the 2014 season.

Corey has completed his early work to get ready for the eventing season ahead. During the 2013 season, he had fantastic energy across country and presence in the dressage but is still very easy to do and laid-back.
Because of Brook’s work commitments, Corey gets ridden only three or four times a week but has the same calm and workman like attitude whether he’s been out a lot or just chilling in the field.
His daily Dengie diet of six large Stubbs scoops of Alfa-A Original and three coffee mugs of Performance+ Balancer, plus ad-lib haylage, gives him plenty of energy to perform at his best and look fantastic without affecting his temperament. 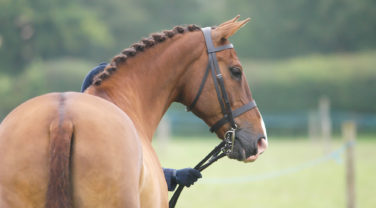 Top tips on showing your horse by Lizzie Briant

Do you need help with show riding and in-hand techniques? We spoke to Olympia champion Lizzie Briant to discover her top showing tips that can be applied to anyone looking forward to trying some showing this season, whether it’s ridden or in-hand.