Posted on 24th September 2015 and written by Dengie Feeds

Polo is a unique and challenging sport for horse and rider. Getting the horse’s diet right is crucial for keeping the horse healthy which allows them to perform at their best.

The Importance of Fibre for Health & Performance

Horses have evolved to function best on a high fibre diet. Not all fibre is the same though and alfalfa, grass and sugar beet are examples of highly digestible sources of fibre which help to keep “dead weight” in the gut to a minimum, making them far better for polo ponies than straw based chaffs.

Alfalfa Has Other Benefits Too:

Sugar beet isn’t always the most practical feed to use on yards with large numbers of horses as it requires soaking prior to feeding. However, it does have benefits to the horse that may outweigh the inconvenience. The water that is consumed with soaked sugar beet can be a useful way of helping to hydrate the horse. The added benefit is that sugar beet is readily broken down in the gut releasing the water for absorption. Indigestible fibres such as grass hay can actually bind water in the gut and only release it slowly.

Sports horses lose electrolytes alongside water through their sweat and so both need to be replaced to avoid poor performance, early onset of fatigue and muscle problems. If your ponies won’t drink electrolytes in their water, they can be added to a wet, slushy feed to promote absorption. Mixing them with Dengie Alfa-Beet, which has a quick soak time of 15 minutes in hot water, is a great way of encouraging them to consume the electrolytes and getting the benefit of some sugar beet in the ration.

The nature of high performance exercise means that there is an increased risk of muscle problems such as ERS (previously known as Tying-Up or Azoturia). The following tips can help to reduce the risk:

High starch, low fibre diets, the “stress” of travelling and competing and exercising at speed all increase the risk of Equine Gastric Ulcer Syndrome (EGUS). Symptoms include lack of appetite, recurrent colic and poor performance.
The following tips can help to reduce the risk of ulcers:

Richard Blake-Thomas has been playing polo since he was 8 years old and has represented Wales for 5 years, won the Molina Trophy in USA twice and played in European championships amongst other notable achievements in his career. Richard now focuses on breeding and hiring his horses to foreign professionals playing in the UK and Northern Europe, and feeds Dengie Alfa-A Oil to all of his ponies.

“I started feeding Alfa-A Oil 3 years ago and found that it really made a difference to my ponies’ condition. Their topline improved and it helped them to bounce back from hard games much more quickly. I also feed it to my breeding ponies as it is a great source of calcium”. 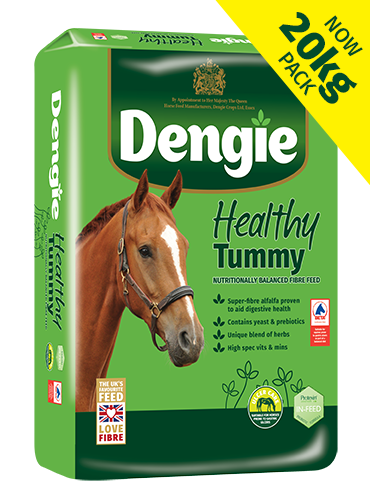 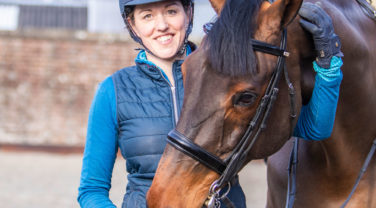 What to look for in a Para Dressage Horse

Dengie supported rider Anna Miller often gets asked what she would look for in a para dressage horse for her clients and if there are any attributes that are particularly important. In our latest article Anna explains how the type of horse can really depend on the individual rider's different abilities and disabilities.