How much do horses eat?

Posted on 8th February 2022 and written by Katie Williams

A common question to the Dengie feedline is how much hay will a horse eat and it’s usually impossible to give a straight answer. So many factors have an impact on how much a horse eats such as age and breed of the horse as well as the type of feed being offered. The following are some of the most important to consider when feeding your horse.

How much does a horse eat in total?

The amount a horse eats is usually described as a proportion of their bodyweight which allows comparisons between horses and ponies of different sizes. The range given for the amount horses consume when at grass is between 1.6 and 3.6% dry matter which is a range of between 8 and 18kgs dry matter or 40 to 90kgs of pasture as fed. A lactating mare is typically at the upper end of that range and is one of the highest consumers.

Ponies have been reported to consume up to 5% of their bodyweight and are also known to consume large amounts more quickly when rationed which is really important to consider when trying to manage good doers. Limiting their time at grass may not be that effective as they simply compensate by eating more quickly!

When compiling rations for horses and ponies the typical total intake is given as between 2 and 2.5% dry matter intake. As the horse is an herbivore, it is not only the amount of food required but the form it comes in that is important for maintaining health and well-being. The horse has evolved to eat for around 16-18 hours of every day and if we use energy dense feeds and give them as meals, it has significant implications for the health of the digestive system and the horse’s normal behaviour patterns. This is why we tend to use conserved forages, usually in the form of hay or haylage, when pasture isn’t available as they still take a relatively long time to eat and are high in fibre. 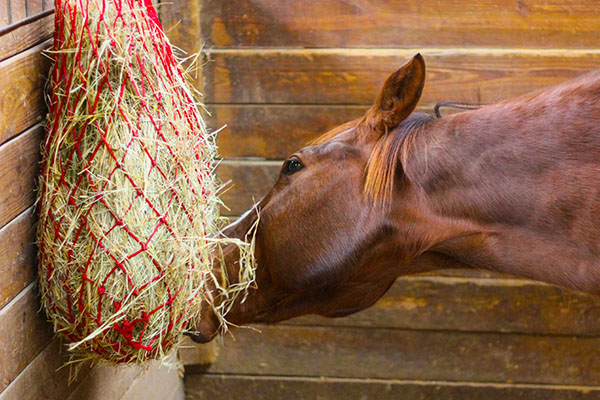 So how much hay will a horse eat?

To achieve the recommended dry matter intake of between 2-2.5% per day, a horse will consume different levels of forage depending on how much moisture they contain. The wetter forages such as haylage actually need to be fed and consumed in larger amounts on an as fed basis to provide the same level of dry matter as a hay which contains a much lower moisture content. The table below shows how the levels vary for a 500kgs horse.

How low can we go?

If you need to restrict forage to stop a horse or pony from becoming overweight or obese it is recommended not to go below 1.5% of bodyweight per day of forage intake for the long term. It may be necessary to go below this level in the short term for up to 3 months for example to achieve weight loss, but long-term restrictions have the potential to compromise the health of the digestive tract. Problems such as gastric ulcers and leaky-gut syndrome are both related to long-term, low forage intake.

What impact does palatability have?

Studies show that more palatable forages such as alfalfa hay are consumed in bigger quantities than those that are less palatable such as straw. Straw is being shown to have real benefits for weight management in horses as it is consumed much more slowly than other feeds which seems to help reduce the insulinaemic response. This is ideal for those with EMS or PPID as they usually have some form of insulin dysregulation and the added bonus is that because straw is low in energy (calories) more can be fed without promoting weight gain. If replacing 1/3 of average hay with straw, it represents around a 16% reduction in energy intake which only increases when replacing even better quality forages with straw. Recent studies have shown that up to 50% straw can be fed safely assuming horses don’t have compromised dentition or a history of impaction colic. 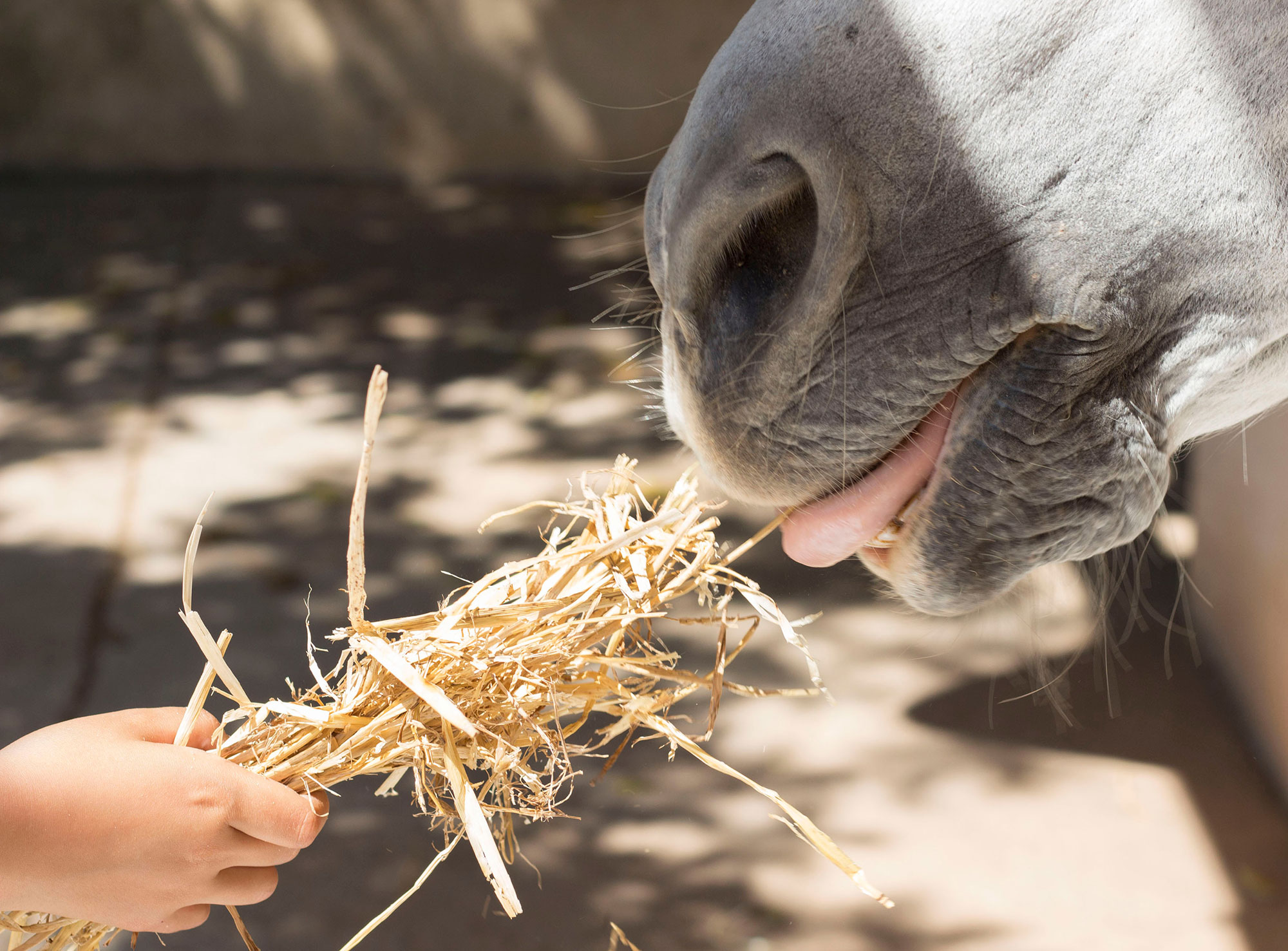 What impact does age or poor dentition have?

A Dengie funded study found that older horses with poor dentition consumed around two-thirds less forage in the same time period compared to those with normal dentition. This means if those with poor dentition are kept in the same field and offered forage together with those with normal teeth, they may well not get time to consume what they need as they are eating much more slowly than their field-mates. In these situations, it is really important to give the older horses time to eat the forage they need, or significant weight loss can occur. Too little forage intake can also result in loose droppings, colic and other digestive upsets. 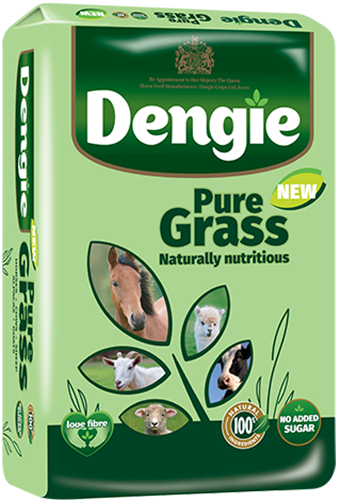 A naturally nutritious 100% chopped grass feed with absolutely nothing else added. A truly versatile, high fibre feed suitable for horses, ponies and other animals. 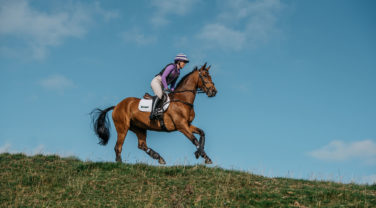 What is a balanced diet?

You’ve probably read about the importance of feeding a balanced diet to your horse on numerous occasions, but what does it mean in practice? Let’s start with working out what the requirements are.