Posted on 8th November 2011 and written by Dengie Feeds

One of the traps that we tend to fall into with our own diets is that we eat far more than “one portion”. Controlling portion sizes can be tricky and a lot of diet plans suggest practices such as buying smaller plates as a way of helping to reduce our calorie intake. One of the reasons we tend to over-consume is that we don’t have time to weigh our food and often don’t appreciate how much different food types vary in weight. For example, how many grapes count as “one” of our five a day?

The same applies to feeding our horses and ponies. Very few people weigh feed or even check the bag to find out how much their horse or pony needs. The reason this is important is that, when a feed is formulated, a feeding rate has to be set so that the levels of vitamins and minerals are included correctly to provide a balanced diet.

Under-feeding means the horse or pony is missing out on essential nutrients. This is one of the reasons that balancers have been so successful for many horses and ponies – the balancer is correcting nutrient shortfalls brought about by under-feeding a balanced feed that is being fed incorrectly. If your horse or pony doesn’t need the full amount of feed, topping up with a balancer or supplement is fine because it provides the additional vitamins and minerals required for a balanced diet.

At the other end of the spectrum, there are dangers associated with over-feeding. If too much is fed of certain vitamins and minerals, they can cause toxicity problems – just because “some” is good, it doesn’t mean that “lots” is better!

Over-feeding cereal-based feeds in one meal can also cause digestive upsets, hence the rule of feeding little and often. This is because cereal feeds contain a lot of starch and the horse has a relatively small capacity for absorbing it. If starch reaches the sensitive hind gut, problems such as laminitis and colic can occur.

Fibre feeds can be fed in larger amounts

In contrast to cereals, chopped fibre feeds such as Dengie Alfa-A or Hi-Fi ranges can be fed in larger amounts in one feed because they provide fibre and very little starch. You can think of them in the same way as hay rather than “bucket” feed in terms of meal size.

It is also important to consider that fibre is very lightweight. At Dengie, we commonly liken fibre feeds to a ton of feathers compared to a ton of coal, which represents cereal feeds. Although both are the same weight, the feathers or fibre take up a much larger space than the coal or cereals.

For example, a large Stubbs scoop of Alfa-A Original weighs 400g whereas the same scoop of Cool Mix would be about 1.25kg. This means that, to get the same weight of feed, three scoops of Alfa-A Original would need to be fed. Both feeds would provide the same amount of energy because both feeds contain 10MJ/kg DE, but horses and ponies will get a lot more chew time from the Alfa-A Original, which is ideal for keeping them occupied when stabled and their digestive system healthy.

Finally, it is important to note that weighing your feed isn’t any use if you haven’t weighed your horse, too, because the feeding rates for most feeds are based on body weight.

There are various means of doing this, but weigh tapes are an easy option and one that every horse owner should invest in and use regularly to monitor changes.

Spotting gains or losses in weight early allows you to adjust the diet before the weight loss or gain is too significant ,allowing you to keep your horse or pony in perfect condition all year round. 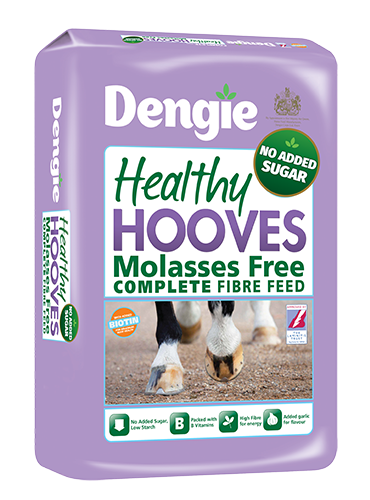 A nutritionally-balanced, low-sugar and starch feed for promoting healthy hooves. Ideal for those prone to laminitis. 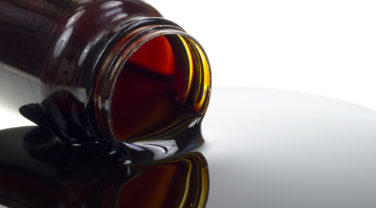 What is Molasses? A Guide to Molasses for Horses

More often than not, we come across the question ‘what is molasses’? Take a read of our guide to molasses for horses to find out!