Posted on 15th October 2010 and written by Katie Williams

The horse’s digestive system begins in the mouth, where the teeth bite and grind the feed. The chewing action stimulates the production of saliva.

From the oesophagus onwards, the digestive system can be thought of as a long muscular tube with various enlargements along the way.

The caecum and large intestine are often referred to together as the hind gut. The caecum is approximately 3ft long and is a bit like a sack – it slows the rate of passage to give micro-organisms such as bacteria time to break down fibre. There are several by-products of fibre fermentation including gas and heat – this is literally the horse’s own central heating system.

The bacteria that break down the fibre also produce B vitamins such as biotin.

The last part of the digestive system is the rectum. This is about 1ft long in the horse and it literally stores waste material that hasn’t been absorbed, dead cells, bacteria etc. before excreting it out into the environment. 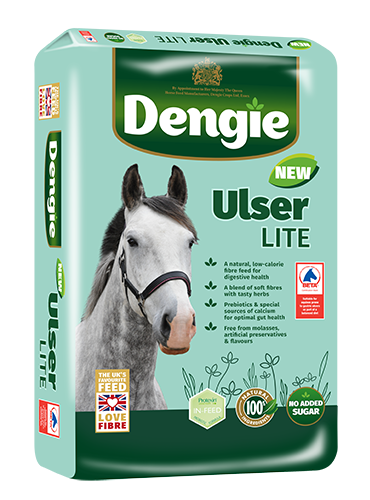 Feeding your horse during dry conditions

Whilst we have all been enjoying the sunny weather there is no doubt that the grass is suffering with brown, bare paddocks a common sight. So what does a hot, dry spell mean for our grazing and the horses on it?