Using oil for the safe conditioning of your horse

Posted on 12th September 2008 and written by Katie Williams

Use oil to promote weight gain in your horse or pony

Oil is very energy – or calorie – dense and, as such, makes an ideal addition to the ration of horses and ponies that need to put on weight or struggle to maintain weight. Using oil as an energy source has several advantages…

Oil provides about 38MJ/kg compared with barley, at about 13MJ/kg, so it’s not surprising that oil is useful for promoting weight gain in horses. To give a more practical example, 250ml of oil – about a mug full – would provide a similar energy level as 1kg or about one large round scoop of low-energy mix.

One of the main advantages of the energy density of oil is that it can be used to increase the energy content of the horse’s ration without significantly increasing meal size. Horses have a finite capacity to utilise starch form cereal grains and, although traditionally cereals have been used to increase energy intake for working horses and those that need to gain weight, overfeeding them increases the risk of a number of problems, including gastric ulcers and colic. Using a high-oil horse feed allows the amount of cereals used to be reduced or even removed from the ration in some cases.

2. Providing slow-release energy for condition without the fizz. 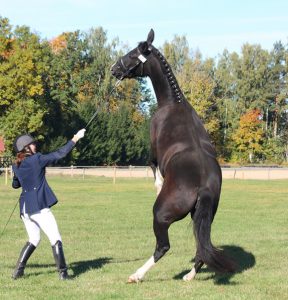 Several researchers have investigated the effects of oil- and fibre-based feed rations compared with rations based on starches and sugars on behaviour. One study by Holland and colleagues compared a cereal-based ration supplemented with and without oil and measured spontaneous activity and reactivity. Although there were mixed results, a reduction in spontaneous activity (moving around) and a reduced startle response to the opening of an umbrella were seen when oil was fed.

In a separate study, Nicol and colleagues compared starch and sugar rations with fat and fibre rations in growing horses and found that the latter resulted in young horses that appeared less distressed at weaning and calmer in standardised temperament tests. The temperament tests included activities such as testing with a novel object, person or novel activity/handling test such as crossing a bridge.

Generally, the results have been positive, with oil and fibre-based rations promoting calmer behaviour, although there has been some debate as to whether the oil itself was responsible for the improvements or the reduction in starch having an effect. Either way, it would seem sensible to use fibre- and oil-based feeds for condition rather than cereals, particularly if you have a naturally exuberant horse.

3. Suitable for horses and ponies prone to laminitis.

Not all laminitics are overweight and some need help to maintain weight, especially over the winter months or when in harder work. Using sources of digestible fibre alongside supplementary oil is one way to help promote weight gain if necessary. Over the past couple of years, much attention has been given to insulin resistance and its links to laminitis.

In part, feeding practices that involve ‘meals’ of starch and sugar rations are thought to worsen this problem and, even in healthy horses, those adapted to a starch- and sugar-rich diet have been found to have a lower insulin sensitivity compared with those adapted to a fat and fibre diet.

How to feed oil for weight gain 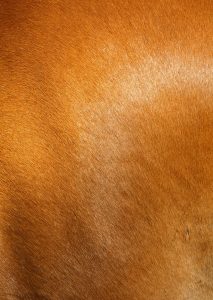 Oil can also be used in smaller quantities to help promote good skin and coat condition. It is important to remember that oil is very conditioning, so, if you have a good doer, it is best fed in restricted quantities. However, a little can go a long way in terms of promoting coat shine – 25ml is often enough to generate a sleek, glossy coat.

The reason for this is that omega-3 essential fatty acids are incorporated into cell membranes and can be released or transformed into prostaglandins. It is recognised that high levels of omega-6, another type of essential fatty acid, are converted to pro-inflammatory prostaglandins, essentially putting the body into an ‘inflammatory’ state that is linked to problems such as arthritis. In contrast, omega-3 is converted to anti-inflammatory substances considered to promote good health. 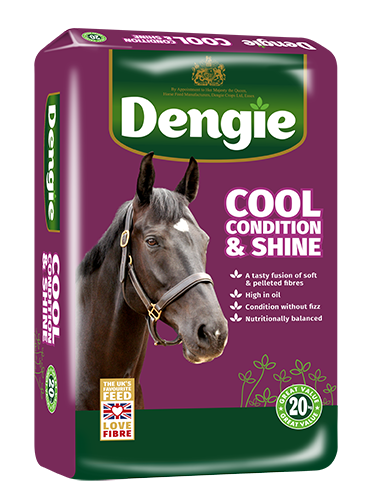 A high-fibre fusion of soft chopped and pelleted fibre with a high oil content to promote condition without excitability. 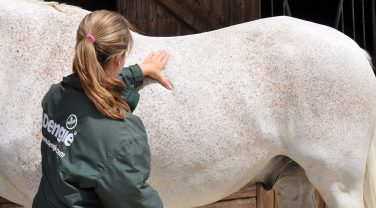 We explain how you can feed your horse to maintain the perfect condition.