Behind the Scenes with Alice Collins – Part One

Posted on 2nd December 2016 and written by Dengie Feeds

As part of a series of exclusive interviews with equestrian professionals, Dengie catchs up with Alice Collins, Dressage, Products and Breeding Editor at Horse & Hound. Over the past five years she has reported from Olympics, Paralympics and travelled the world, covering World Equestrian Games, Europeans and national championships. Previously, she worked for the Sky TV channel Horse & Country TV, and she is a keen amateur rider, competing her home-produced mare Fab at prix st georges level. Surprisingly, she is also a Londoner.

How did you get started as a journalist and what kind of experience did you have around horses before you became a journalist?

The silver lining of going to boarding school was discovering riding. Having grown up in central London I hadn’t really noticed horses, but at age seven the opportunity to get out of school one afternoon a week was too good to pass up. I was obsessed straight away, despite my parents’ insistence that it was definitely just a phase — albeit an unreasonably, unjustifiably expensive one. School worked out that replacing the threat of detention with stopping me going riding was a far more effective deterrent.

I didn’t grow up around horses but helped out at riding schools whenever I could, and begged to go Wellington Riding’s residential courses in the summer, rather than staying in London. While at university studying Latin American studies I completed my BHS AI and after graduating spent three years working at Contessa Riding Centre in Hertfordshire, and then at Classic Dressage when it was in Buckinghamshire.

Shortly after leaving Classic nearly nine years ago, I got a call from a friend who was working in media and she said she had a job right up my street. At the time, I was working in customer services for Fortnum & Mason on Piccadilly, but Horse & Country TV sounded interesting, so I took the job and my equestrian media career began.

Describe your normal work day if there is one and what does your job entail?

Horse & Hound moved offices from Central London to Farnborough in Hampshire early this year. It made my commute 10 times longer but a whole host of positives have come out of it, including vastly improved remote working and increased flexibility. So I don’t really have a ‘normal’ work day any more. Mondays involve an early start and a 12-hour press day — a fact of life for anyone who works at H&H. I now work four longer days instead of five shorter ones, which is fantastic. On the days I work from home, I go out for a 5k run before settling down at the computer, which sets me up for the day.

What do you like about what you do and what is the most challenging aspect?

The variety of each day, each week and each month is what keeps this job so rewarding and exciting. My duties are really broad, so one day I will be commissioning writers, one day reporting at a show and another chugging through hundreds of emails in my bottomless inbox. But I never forget the enormous privilege it is to have the access to the all the riders and events that we are lucky enough to go to.

The biggest challenge is the ever-tightening necessity to create more with less and maximise efficiency. The costs associated with producing a magazine — primarily printing and distribution — are high so there is huge pressure on each page to carry worthwhile content that our readers will enjoy. And they don’t always agree with each other about how those precious pages should be allocated, which is tough. Give them to dressage — one of the sports that polls consistently highly — and someone from point-to-pointing will be miffed. But that works the other way round too.

What do you dislike?

That people seem to believe that Horse & Hound has some sort of agenda. It’s a fallacy and whenever I see the phrase banded about on social media, it makes me bristle. Similarly people making personal assumptions about you when they dislike something you’ve written, but they’ve never met you or spoken to you. People are a lot braver (ruder) on social media, but no longer seem to pick up the phone and discuss issues like grown-ups. Even though you’d love to bite back and explain that many of their assumptions are wrong, you have to learn to let these things go otherwise they’d drive you mad. 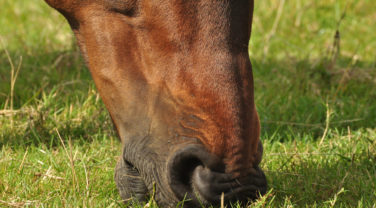 Is your horse at risk of laminitis?

Whilst many of us are aware of some of the risk factors, we don’t always appreciate everything that can increase the risk of our horses getting laminitis. The Dengie Laminitis Risk Calculator has been designed to raise awareness of some of the lesser-known risk factors of laminitis and to draw people’s attention to the cumulative effect of a number of different risks.