Posted on 24th August 2015 and written by Dengie Feeds

This year’s British Riding Clubs Area 1 Festival was held on 4th and 5th July at The Scottish National Equestrian Centre, West Lothian. This year, Dengie sponsored prizes for the dressage classes, with the winner receiving a £10 Dengie feed voucher and those in second and third receiving a £5 voucher.

Clubs from across the area sent 33 teams for the dressage on the Saturday, which was a big increase on the previous year, along with individuals, pairs and several Dressage to Music competitors. Despite a wet start, the sun soon came out and over 200 tests were run across seven arenas, both inside and out.

There were twenty teams for the showjumping on Sunday, along with individual competitors. While there were fewer teams compared the previous day, it was a long day with the first horses jumping at 9am and the last ones scheduled in at 7:30pm.

We would like to wish the best of luck to all of those who received qualifier places for the British Riding Club National Championships, which will be held in early September in Lincoln. 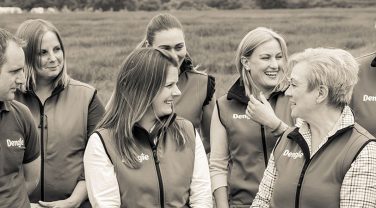 We are recruiting – Sales Manager for South East England

An exciting opportunity has arisen for a sales professional to work within the Dengie Sales Team in the South East of England.