Posted on 20th July 2015 and written by Dengie Feeds

The Titlington Endurance Ride, governed by Endurance GB and organised by Northumberland and Tyneside EGB, took place on 27th June. Dengie’s Jo Harrow kindly donated some prizes for the top three riders in the 40km Graded Endurance Ride (GER). In a GER, placings are not awarded in relation to the order that riders cross the line, but instead are based on the ratio between the horse’s pulse rate and speed upon completion.  The ride took place over a mixture of moorland, pasture land and riverside bridleways, offering spectacular views of the rolling countryside and the extra challenge of two significant water crossings.

In first place were Constance Newbould and Zarkhruv (pictured above), taking home a bale of Dengie Alfa-A Oil and £5 Dengie feed voucher as their prize. Zarkhruv is already fed Dengie Hi-Fi as part of his daily ration, along with an endurance mix and Equidgel. Rachel Mullan, who finished in second place on Wills.I.Am, was ecstatic about her placing as this is her first year competing in EGB rides. She took home a £10 Dengie feed voucher as her prize. However, a special mention must go to Jo Woodford (pictured below) for coming third in her first ever endurance ride – something made even more special by the fact that it was also the first time out for her mount Linnelwood Digby, owned by Janet Lennard, after a severe leg injury sustained on New Year’s Day. Digby, who is a sixteen-year-old thoroughbred x Fell, is fed a diet of Dengie Hi-Fi, linseed, a balancer and unmolassed beet pulp. Jo received a £5 Dengie feed voucher for her efforts.

“We are always delighted to support local events and Dengie have a long standing relationship with Northumberland & Tyneside EGB,” said Area Sales Manager Jo Harrow. “I would like to congratulate all that took part on the day and of course special congratulations must go to the winners as it was a very competitive ride. I hope Zarkhruv enjoys his bale of Alfa-A Oil.”

Alfa-A Oil is the ultimate pure alfalfa feed for fuelling hard work, improving stamina and promoting condition in working horses and ponies. Alfalfa is rich in highly digestible fibre and packed with essential vitamins, minerals and antioxidants. It also contains high levels of protein, making it ideal for developing muscle tone and increasing muscle function. The coating of rape seed oil used in Alfa-A Oil provides slow-release energy without fizz and has the added benefit of supporting healthy skin and coat shine. With a Digestible Energy (DE) level of 12.5MJ/kg, Alfa-A Oil is comparable to a condition or competition mix but with ten times less starch due to the fact that it is free from cereals and molasses. 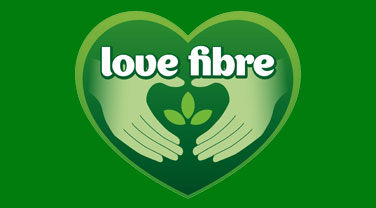 Back to College for Dengie stockists