Posted on 16th January 2017 and written by Dengie Feeds

Dengie ambassador Matilda Haley and her dressage “dancing” partner Watch Me! (aka Gari) have been selected to train at not one but two different national training programmes in recent months.

Matilda started competing her 14-year-old KWPN gelding at the beginning of 2016 and it was an incredible year for the dressage duo from Grange in Morayshire. Matilda finished the year having won one title at regional level and four national titles across the BYRDS (British Young Rider Dressage Scheme) and Pony Club National level competitions. This did not escape the eyes of the selectors for both of the training programmes that she applied for.

The first one she attended was the HorseScotland viewing day where she went to East Renfrewshire along with 32 other talented riders of all ages from across Scotland. Matilda had to attend an interview where she had to talk about her sport and her goals, physio assessments and a ridden assessment by the head coaches. She then had to wait two weeks while the selectors chose their final 18 candidates for the two year training programme in Scotland, which is supported by Lottery funding. The news came in an email as she was on her way to another event Matilda said; “I was really excited to be selected for the HorseScotland Development Squad, the support that Gari and I will receive over the next two years is amazing. She went on to say; “We will have access to top specialists in their field such as coaches, physiotherapy, bio-mechanics, marketing and PR and many seminars on helpful topics such as anti-doping both for human and equines.” Fiona Rawson of Horsescotland said; “Matilda is the youngest person to be accepted onto this new intake for 2017-2018.”

Matilda and Gari were then selected from a pool of applications for the BYRDS High Performance Camps which are held each year from December to February. These camps are held in England and dressage riders under the age of 25 who fulfill the criteria, are selected by a panel to attend these. They are designed to sit between regional training that Matilda and Gari attend in Scotland and being invited before the GB Team selectors for the GB Junior Dressage Team. Matilda said; “An invitation to appear before the selectors in September 2017 is our goal, we have a way to go to get there, but we are putting in the training and most nights sees us training under the floodlights in all weathers!”

Photo: Matilda and Watch Me (Gari) training at the Unicorn Training Centre in Gloucestershire at the recent BYRDS High Performance Camp in December 2016. Photo courtesy of Karen Chaplin Photography. 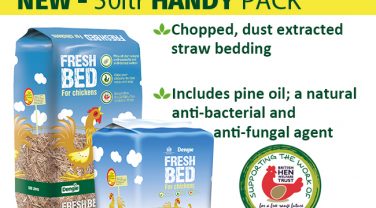